This week we thawed out from that crazy November snowfall and I jumped at the window of opportunity to dig up the rest of the root veggies from the community garden plot. It was a very beautiful day at the garden. Even though the plots are a mess I found it quite romantic with the setting sun beaming through the skeletons of  our summer gardens and sky-high pampas grass. 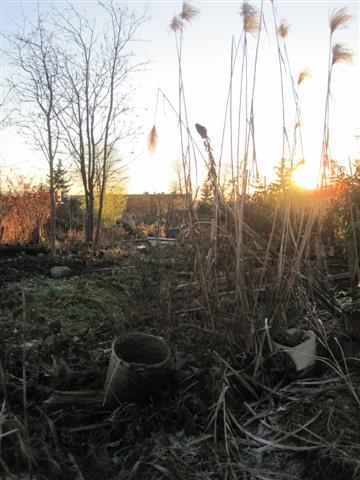 It felt great to get out and dig in the soil, and harvesting is always fun. While I was disappointed to only have a few pounds of potatoes, I did get a bunch more Gladiator parsnips and a ton of various beets that I didn’t expect. I roasted up this bunch of roots for a family dinner tonight.

Now that the community plot is officially put to bed for the winter I wonder weather I want to keep up the space again next year. I have enough room to grow a small variety of veggies at home and while I love gardening with the community members, it has lately been feeling more like a chore. Much of the food at the gardens gets stolen, many say because of the part of town we are in (notorious for homelessness and drugs) but sadly, the folks that I’ve seen steal are (gasp) other gardeners or visitors in suits who drive Hondas and show off their knowledge of growing food by cutting off all my garlic scapes or plucking a pumpkin. Mostly the thieves are foodies with a sense of entitlement and little concern for community. So that sucks. 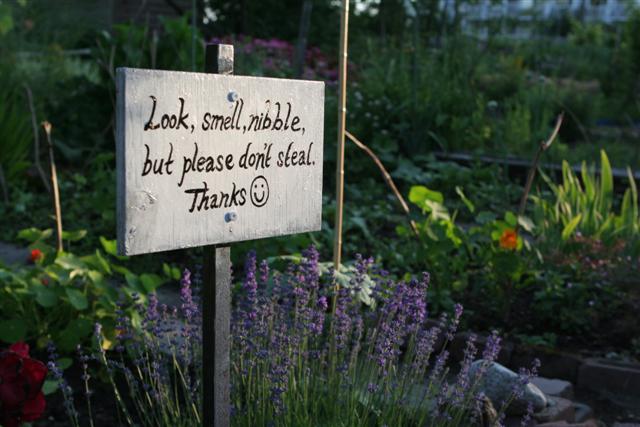 Then there’s the growing conditions. The soil is poor and disease is rampant. Without daily weeding the plots are soon overrun with buttercup, horsetail, bindweed and in some cases the dangerous giant hogweed. This year I just wanted to grow squash. I ended up planting 10 types of squash and got about 12-15 orange spaghetti squash and downy mildrew killed the rest. I did also plant strawberries, potatoes, artichokes, tomatoes, beans, celeriac, beets, parsnips, peas, fennel, carrots, garlic, leeks, and kale, so I strayed from my focus and got a little of everything (except the celeriac which was a big failure). It’s fun to bring home fresh veggies and I haven’t really shopped for any in the grocery for the last 5-6 months. The number and variety of what is left after theft and disease is just a taste. Despite a valiant effort–I added manure to the soil, a bacterial / fungal mix that we bought at the farmers market and compost compost compost–the soil still lacked nutrition. This combined with the fact that disease is so quickly spread in a community garden space that I fought rust, mildew and blight daily. I certainly appreciate the fresh food I brought home, yet this alone is not worth the effort when I can buy the like at the farmers market each week.

Even if I never brought home a veggie I would still be a member because I joined the garden in the first place for the community. I wanted to learn from others, connect and share. In my mind perhaps I had the idea of a communal gardening group of people laughing and sharing huge baskets of fresh produce, while tending their lush green plots and beautifying the neighbourhood. The reality is that you see most of the members only at the monthly work parties. For most of the year I went to the work parties religiously. A few of the other members have the same commitment, a few. It’s great to see some of them, sometimes, but I wouldn’t call it a community. There is rallying around the condom/needle clean up and stopping the crazy dude from pouring rat poison on our plants, but it’s not quite what I had imagined. I’ve made a few friends at the garden though, so that’s something.

Now, as another year comes to a close I’ll reflect on whether or not it’s worth the effort or if perhaps there is another group or space that would be a better fit for me. For all the reasons above I almost gave up my membership last year, but something kept me there. The promise of something new, perhaps. Maybe this year some new people with join and keep me company at the work parties. Or perhaps I’ll get to run a seed starting project with the new greenhouse or learn something new. Who knows? But if I’ve learned just one thing about being a member of a community garden, it’s that it is about a whole lot more than just growing food. 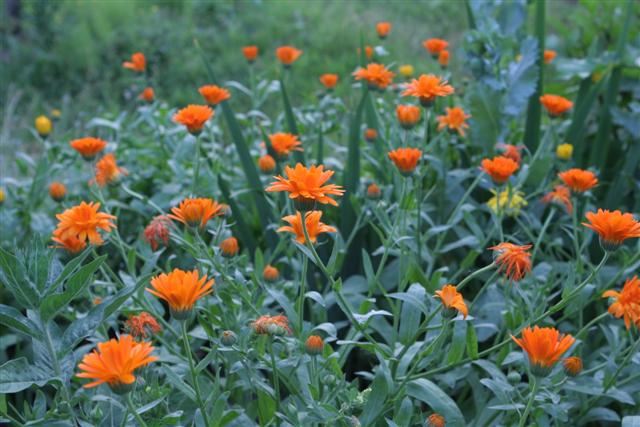