Many of the garden designs and community garden initiatives that we take part in today owe their existence to a particular woman in history whose love of gardening and growing things manifested itself in an especially beautiful or beneficial way. These womens’ artistic flair and enthusiasm for getting their hands dirty can still be felt in gardens all over the world today, so I wanted to take a moment to highlight a few influential women gardeners who shaped the way we currently think of gardens. These Mothers of Nature helped create the modern way we design, enjoy, and use gardens, which is why I affectionately refer to them as mothers of nature. 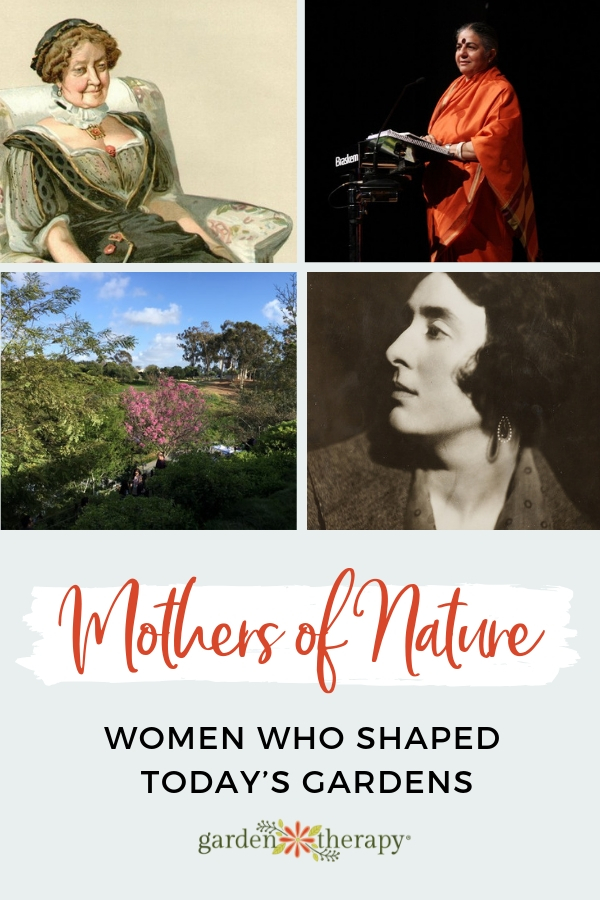 After writing about historical women who made an impact on plant sciences a few months ago, we got a ton of comments suggesting even more wonderful women whose gardening style and philosophy still have clout today. This article follows up on many of those suggestions, plus a few others, and highlights some of the many influential women who devoted their lives to gardening, whether as a form of artistic expression or radical activism.

Some of these women have had an impact on how we design our home gardens, some on how we think about commercial agriculture, but what they all have in common is a passion for plants–a passion that grew, blossomed, and made a major impact.

There are so many more women gardeners that have influenced how we garden today, of course. I chose to feature these few because of the diverse influence they have had on modern perceptions of gardening. Please add the names and stories of women who have influenced your gardening life in the comments section and keep the conversation going.

If Jekyll’s name sounds familiar to you, it may be because her brother, Walter Jekyll, was friends with author Robert Louis Stevenson, who took the family’s name to create the titular character in his famous book Dr. Jekyll and Mr. Hyde. Or it may be because she’s one of the most famous garden designers in history.

Jekyll was a well-known British artist and garden designer, popular for her use of flowering edges. Her particular way of planting a garden has influenced British and North American garden design trends greatly since her lifetime. She designed over 400 gardens over the course of her life, the most well-known of which is probably her personal garden at Munstead Wood. 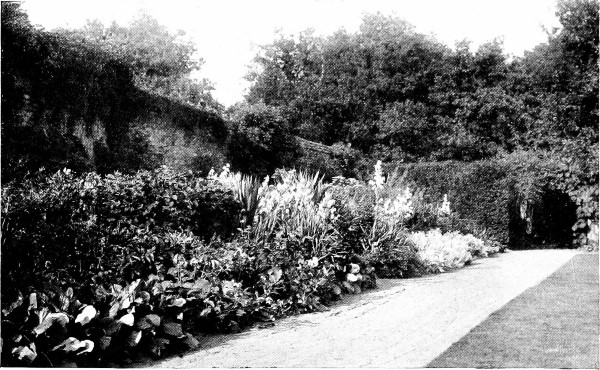 For Jekyll, gardening was a form of therapy and education. She once said “A garden is a grand teacher. It teaches patience and careful watchfulness; it teaches industry and thrift; above all it teaches entire trust.” She saw the garden as a blank canvas that could be transformed into a work of art. Jekyll was a painter herself and a fan of the Impressionists. Her garden design style was inspired by the Impressionist painters, and you can see this in her painterly swaths of vibrant flowers planted against seas of greenery. 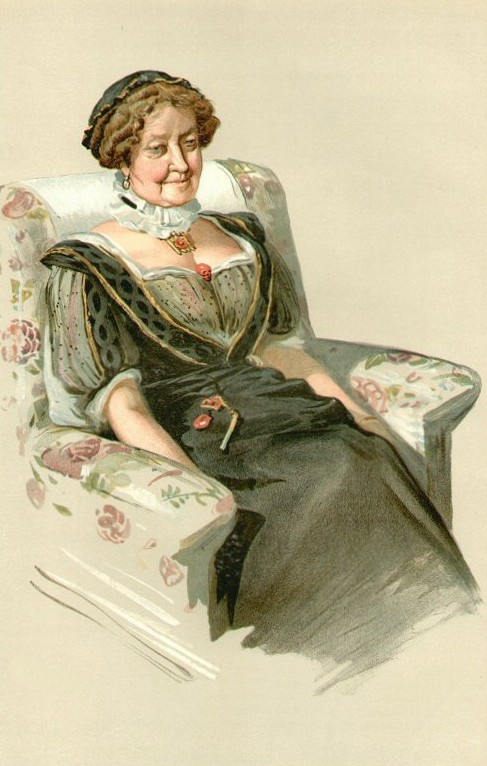 Nevill took the already popular Victorian trend of growing tropical plants in conservatories and created what was essentially an exotic plant theme park. Her influence can be seen today in orchid rooms and the current trend of growing a houseplant jungle.

In 1851, Nevill created a garden on her Petersfield estate that became a well-known landmark for its botanical beauty and impressive collection of unusual plants. She grew mostly exotic plants (orchids were her favorite), which she was able to do because she had seventeen conservatories built on the property in order to shield her precious plants from the cold England weather.

Many plant scientists and garden designers were fascinated by her garden, and Charles Darwin even got a great deal of botanical specimens from Nevill in order to help him conduct his research.

Sessions’ influence today can be seen very clearly in the greenspace that she founded, San Diego’s Balboa Park. Many of the trees growing in Balboa Park today were planted personally by Sessions.

Sessions loved to garden, and she began her own nursery and flower shop. In order to grow enough plants to keep her nursery filled, she arranged an agreement with the city of San Diego that allowed her to use a 30-acre portion of what is now Balboa Park as her growing fields. 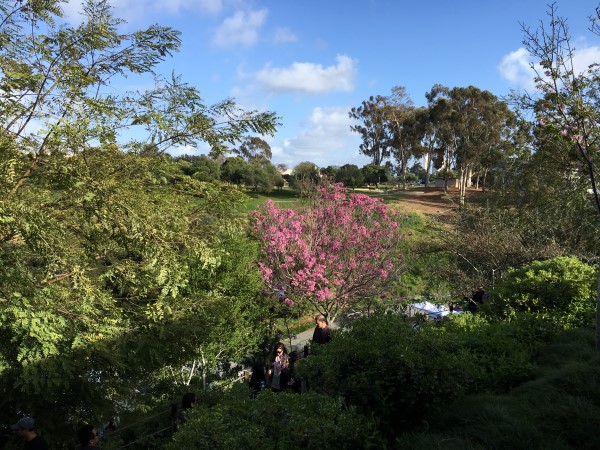 In return, she would plant 100 trees per year within the parkland and 300 trees elsewhere in the city to help beautify San Diego. This is how Balboa Park was born, and earned Sessions the nickname “Mother of Balboa Park.” 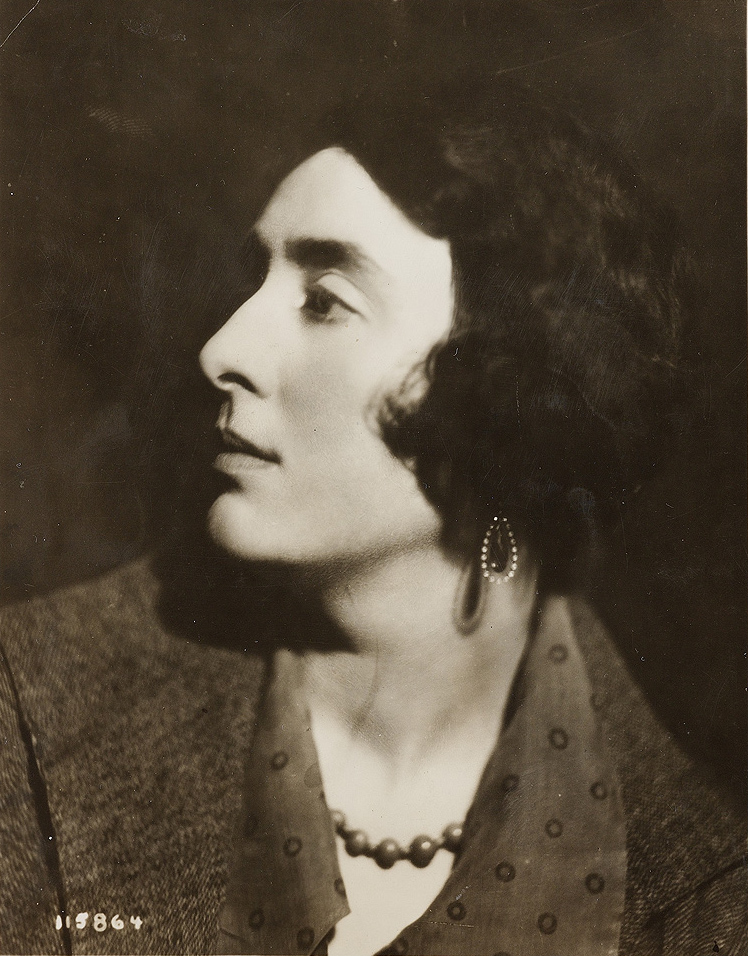 Many contemporary garden design elements can be traced back to Sackville-West, including the use of garden “rooms,” self-seeding plants, monochromatic planting, and theme gardens.

Sackville-West was an author and avid gardener. She wrote a popular weekly newspaper column on gardening. When she got married and moved into Sissinghurst Castle, she designed her own garden along with her husband, which became world renowned and is still a popular tourist destination today.

Sissinghurst Castle Garden is split up into different garden rooms, each of which has its own theme. The garden’s design elements include the use of monochromatic flowers and a respect for nature’s ability to take care of itself—Sackville-West made use of self-seeding plants, which helped popularize a more natural, low-maintenance approach to gardening. 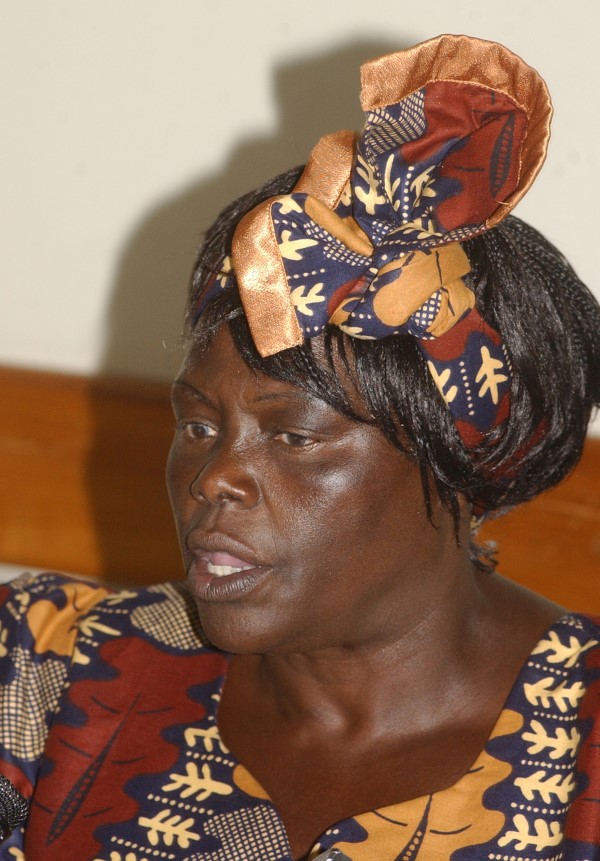 Maathai’s efforts to promote women’s rights through the creation of greenspace was one of the first ecofeminist initiatives, the influence of which can be seen in countless community gardens and radical planting movements that strive to make life better for marginalized people around the world today.

In 1977, Maathai founded the Green Belt Movement, an organization that made it its mission to educate and empower the women of rural Kenya through the activity of planting trees, which would improve lives through environmental reclamation and community building. The organization gives Kenyan women access to education and enables them to take some control over their community’s land and resources. In 2004, Maathai became the first African woman to win a Nobel Peace Prize for spearheading this initiative.

In 2012, Wangari Gardens opened in Washington, DC, to commemorate Maathai’s contributions. The Wangari Gardens includes a community garden that contains 55 beds for community members to grow their own gardens, as well as a public vegetable garden and orchard where locals can harvest produce to take home. The garden is also home to a youth garden and outdoor classroom, where young people are taught the importance of cultivating the land. 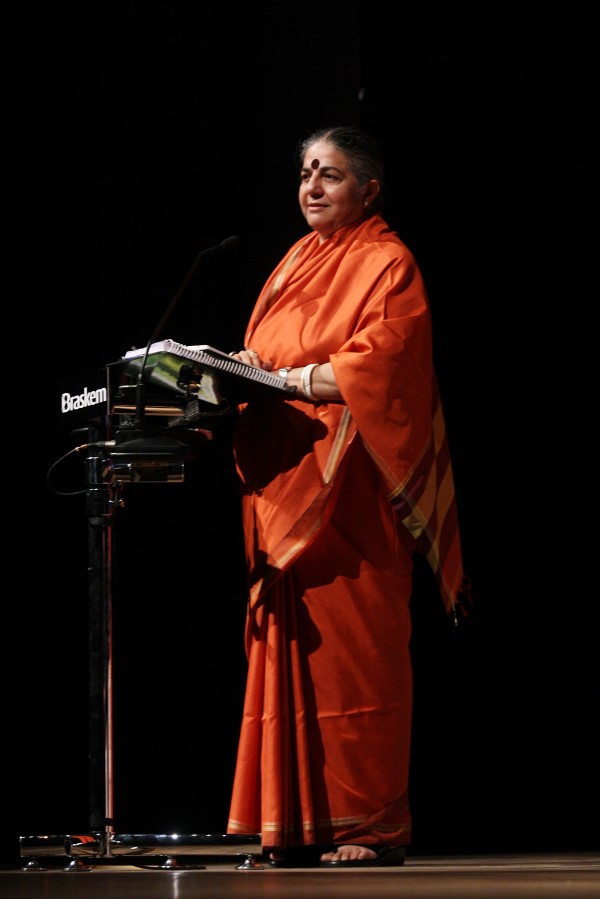 Shiva was a forerunner in both the environmental and women’s movement in India, and her influence can be seen today in many ecofeminist initiatives and diverse agricultural practices.

Shiva has worked tirelessly to bring about change in the way commercial farms and gardens produce crops in order to promote environmentalism. In 1991, she founded an organization called Navdanya (which means “Nine Seeds”) whose mandate is to educate farmers on the positive aspects of diverse plantings as opposed to monoculture farms. In order to promote diversity in India’s farms, the organization established more than 40 seed banks across the country to provide local farmers with access to varied crops.

Much of Shiva’s work has focused on women in agriculture in particular, and her writings, such as Staying Alive and “Most Farmers in India are Women” highlight the important—and often overlooked—role that women play in farming and agriculture, particularly in the third world. 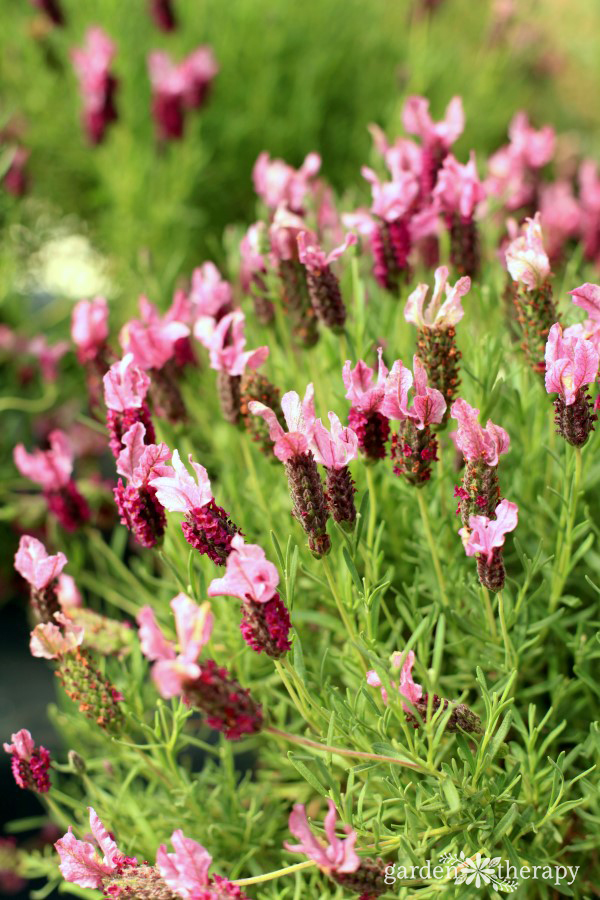 Which Mothers of Nature have influenced the way that you garden? Let us know in the comments!