Do you share gossip with your bees and avoid stepping in fairy rings? There are many garden-related superstitious practices that go back to ancient times. Whether or not you believe in these garden superstitions, at least they are interesting and fun to read about—and hey, talking to bees can’t hurt, right? 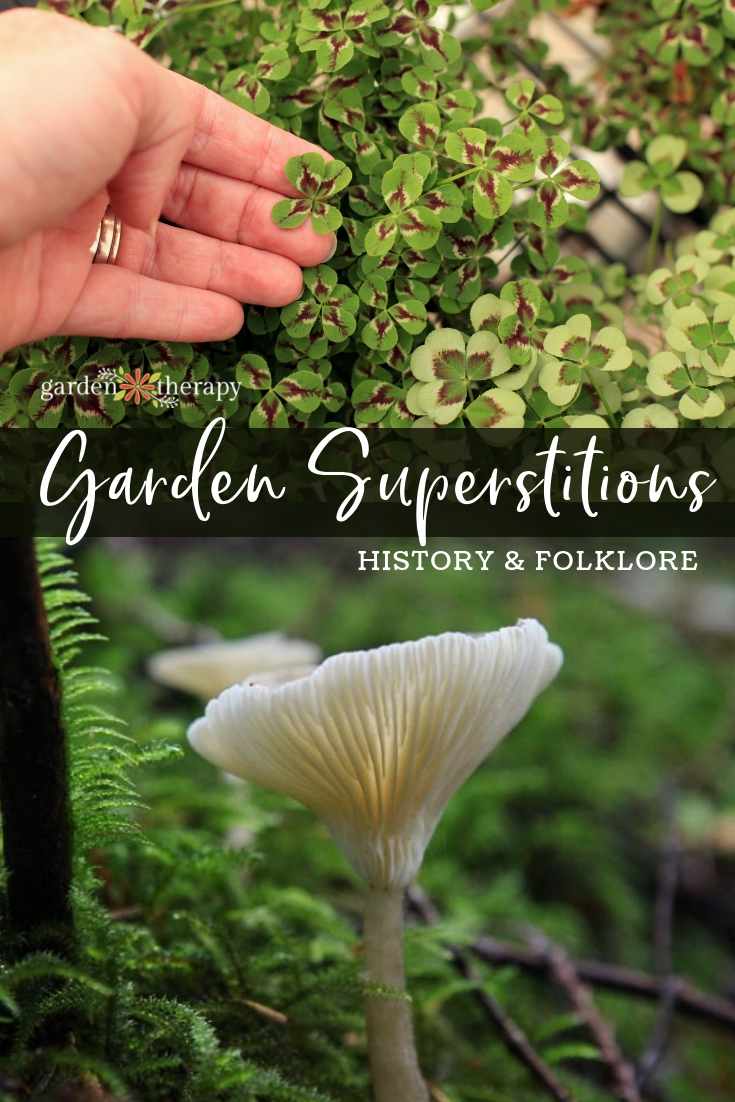 You may be surprised at what is considered lucky and unlucky when you read these quirky superstitions.

The cup-shaped leaves of lady’s mantle collect beautiful large round dewdrops, which you have probably noticed if you grow this plant. In pre-eighteenth-century Europe, people thought that the dewdrops that collect on lady’s mantle had magical properties.

The dew from lady’s mantle plants was collected and added into magic potions and people reportedly thought that they could use it to turn common metals into gold. This practice is called “alchemy,” which is where lady’s mantle got its Latin name, Alchemilla mollis, meaning “small alchemist.” 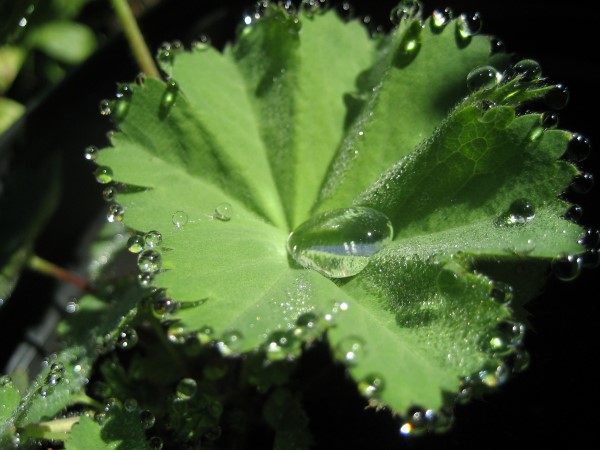 An ancient tradition in England and other parts of western Europe is the activity of “Telling the Bees,” which is exactly what it sounds like: talking to bees.

It was considered essential to honey production for beekeepers to talk to their bees each day and inform them of goings on in the household including everyday activities of the family and more significant events such as births, marriages, and deaths.

If a member of the household passed away, it was thought that if you didn’t put the bees into mourning by draping their hives with black fabric then they, too, would die. 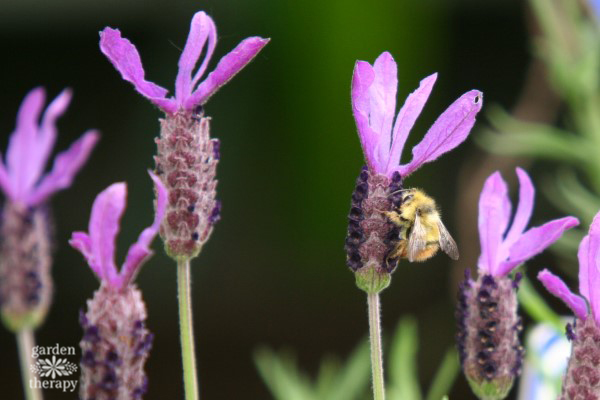 Foxglove was thought to be one source of witches’ power. People believed that witches would make a balm from animal fat and foxglove which they would rub on themselves and their broomsticks in order to fly!

Foxglove is also a favorite plant of the fairy realm. Fairies love to play inside the trumpet-shaped flowers, and the speckles on the petals are thought to indicate places on the flower that a fairy has touched. Picking a foxglove and bringing it inside is thought to be bad luck because the flowers belong to the fairies and if you pick them for yourself it will annoy the fairies and they will take revenge on you. 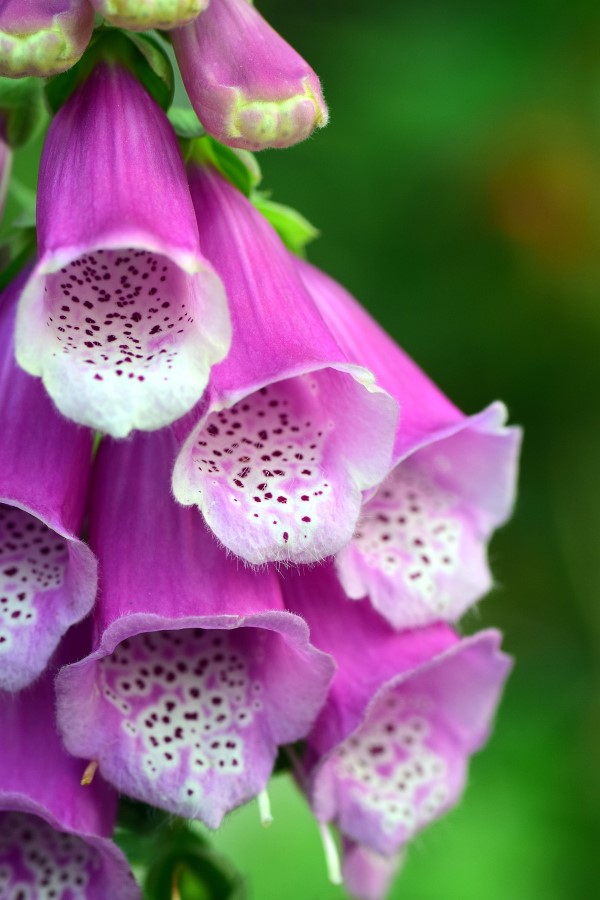 Speaking of fairies, it is bad luck to step inside a “fairy ring” or a circle of mushrooms. The rings are said to spring up where fairies dance in a circle, and entering the ring will enable you to see the fairies who would otherwise be invisible to human eyes. If you step inside it, the fairies can capture you there, and if you eat any of the food they offer you, you will never be able to leave the fairy ring and come back into the human world.

If you do step into a fairy ring, legend has it that if you sprinkle thyme or marjoram on the ground the aromatic herbs will intoxicate and confuse the fairies so that you can escape. Yet another good reason to plant an herb garden!

Fairy rings are created by a mycelium underground which moves outward from the center and produces mushrooms above ground in a circular shape. Well, either that or fairies make them. 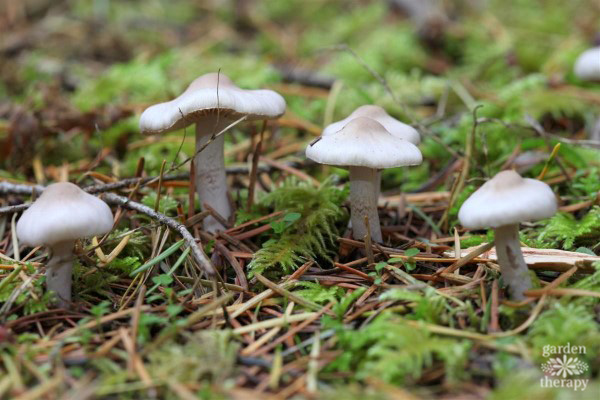 Have you ever given someone a plant as a gift and not gotten a “thank you” in return? It happens more than you might expect. That is because there is a widespread superstition among gardeners that if you say “thank you” for a plant that’s been given to you, it will not grow.

The origin of this is based on the belief that if you do something morally wrong like stealing a plant or not saying “thank you” when one is given to you, the plant will then grow prolifically to remind you of your misdeed and make you feel guilty!

Some gardeners believe that plants will grow so much better if stolen that when they give someone a plant, they will put it down and turn their back on it so that the other person can “steal” it. 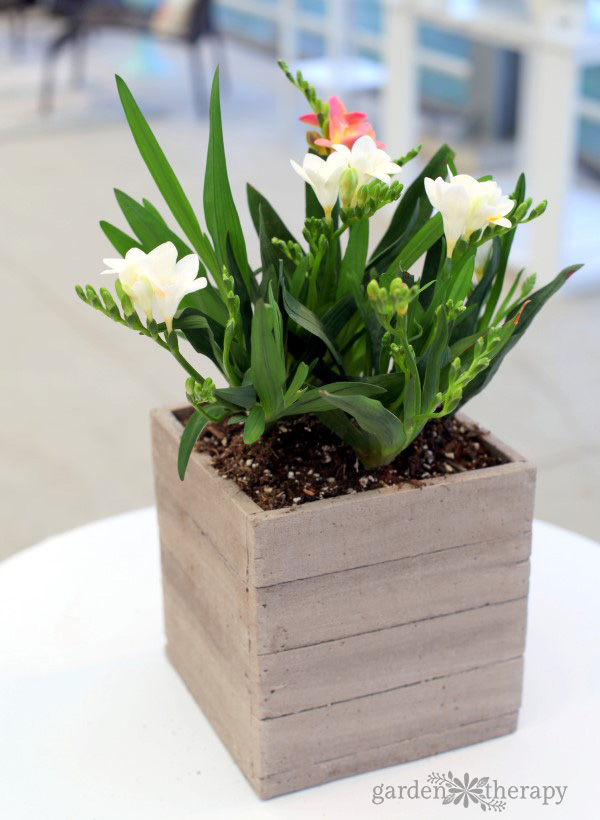 There are a myriad of interesting and odd superstitions surrounding herbs. Some people believe that you must apologize as you harvest herbs so that they forgive you for taking their leaves, while others say that you need to curse at your herbs regularly to ensure that they grow well. The origin of this is hazy, but we suspect it came from some ancient garden-related frustration.

People have long believed that basil lends protection from bad luck and evil. Placing it at entrance ways and in windows is supposed to keep wicked forces away from the home. In Europe, basil has a history of being given as a token of love, but the origin of this is not as romantic as it might seem—basil was said to die if it was in the presence of someone impure, so giving it to a prospective romantic partner was used as a test of their worthiness.

You may have heard the legend of Thieves Oil. The story goes that during the fifteenth century when the Bubonic plague was rampant, a group of thieves developed a blend of herbal oils that had healing powers strong enough to ward off the plague, allowing them to rob the graves of rich people who had died from the disease. When the thieves were apprehended, they traded their secret blend of herbs for their freedom, and you can still find Thieves essential oil blends in stores today. 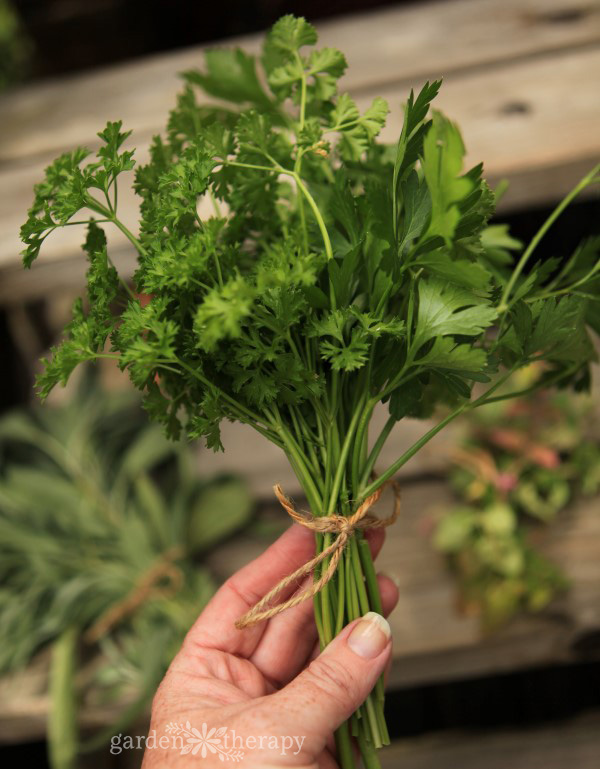 Many gardeners still say that you should plant your potatoes on Good Friday—a confusing day to pick since the date changes year by year. A better rule of thumb is to plant potatoes when spring is in full swing and there is no risk of frost.

This superstition actually originated when potatoes were first introduced to Britain in the sixteenth century. Because the vegetables were unfamiliar and grew underground, the belief arose that potatoes were the Devil’s food. As a precautionary measure, gardeners would plant their potatoes on Good Friday and water them with holy water to keep any evil at bay. 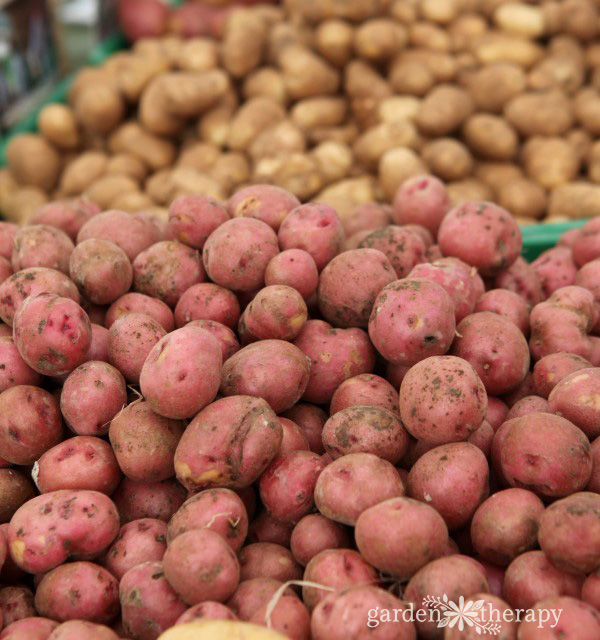 Hanging fennel over the door is meant to prevent dark magic from entering. People also used to place fennel seeds inside keyholes to keep witches and demons from entering. Protecting your home with fennel is supposed to be especially important on Midsummer’s eve, when magical spirits are most active.

Fennel reportedly has quite a lot of healing qualities including boosting the immune system, so in a way it can keep negative forces away. But you need to eat it to benefit from these qualities, not just leave the seeds in your keyhole. 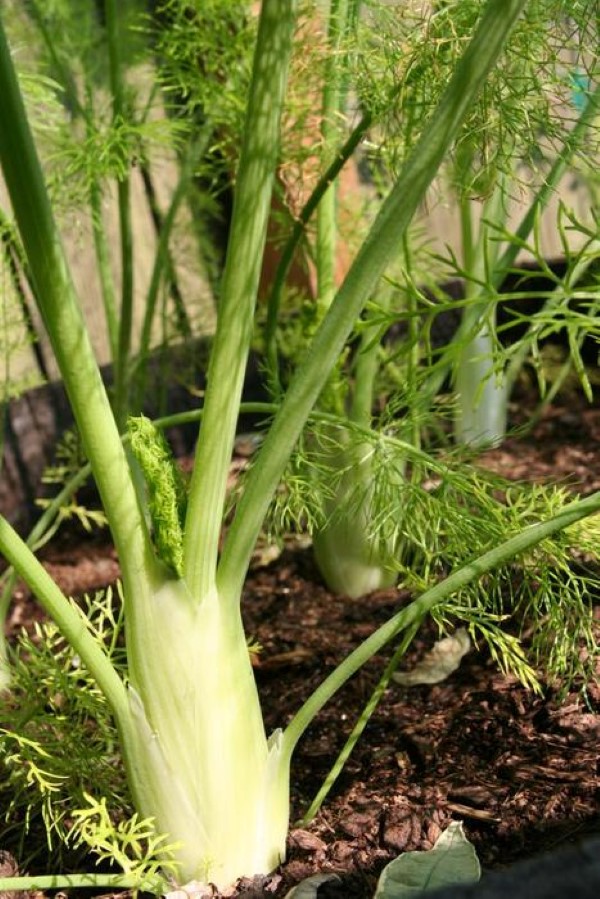 We’ve all heard that finding a four-leaf clover brings luck. This belief goes back to the biblical story of Adam and Eve. When Eve was cast out of the Garden of Eden, she took a four-leaf clover with her so that she would still have a little piece of paradise. It is said that each of the four leaves represents hope, faith, love, and luck.

Four-leaf clovers are now also commonly associated with St. Patrick’s Day, but the original connection was between St. Patrick and three-leaf clovers. Legend has it that he would use the three leaves of the plant as a teaching device to explain the holy trinity to others. 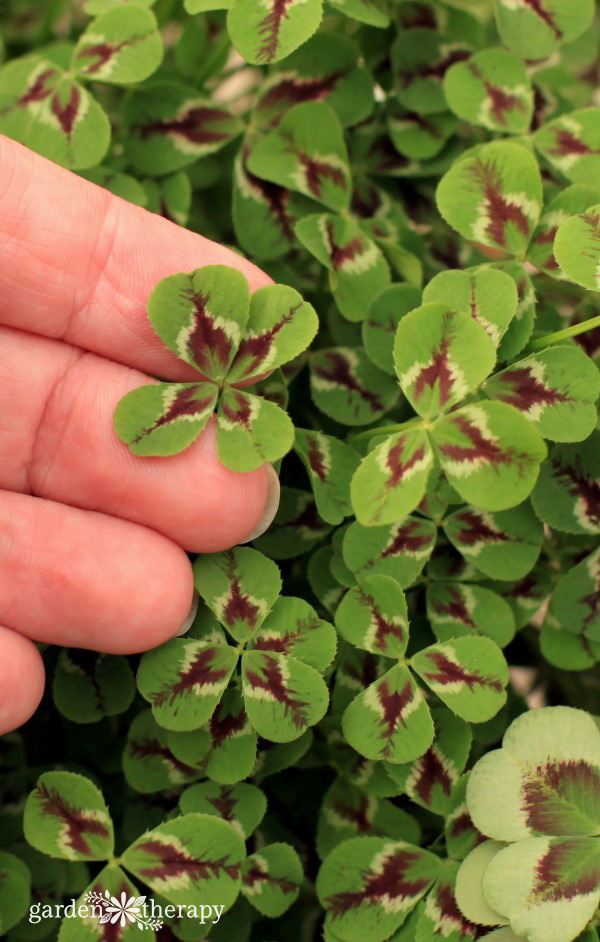 Be sure that you’re treating your scarecrows right—apparently if you don’t show them respect, your crops will die! Scarecrows must be given hats to keep them cool in the sun, and once you have given clothing to a scarecrow a human can never wear it again or it will bring bad luck.

Different types of scarecrows have been used by various cultures all over the world, but in Europe they originated in ancient Greece from the myth of Priapus. Priapus was the son of Aphrodite, the goddess of love, but he was so ugly that everyone avoided him and even birds would not come near him. This gave ancient Greek gardeners the idea of building figures that looked like Priapus and placing them in the garden to keep birds away. 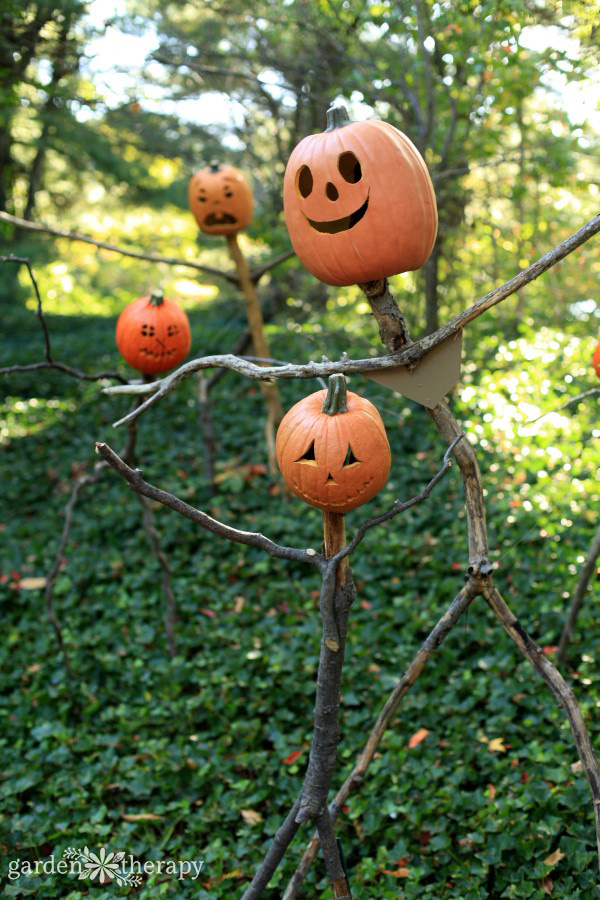 Touching or knocking on wood for luck is a superstition that exists all around the world. It is so common that many of us do it regularly without thinking about where this practice came from.

The origin is not known for sure, but one likely explanation is that knocking on the trunks of trees was thought to wake up kind fairies living inside and let them know that you were requesting help. The fairies would then grant you luck.

We wouldn’t have thought that fairies would like being woken up, but apparently they don’t mind—just don’t pick their foxgloves! 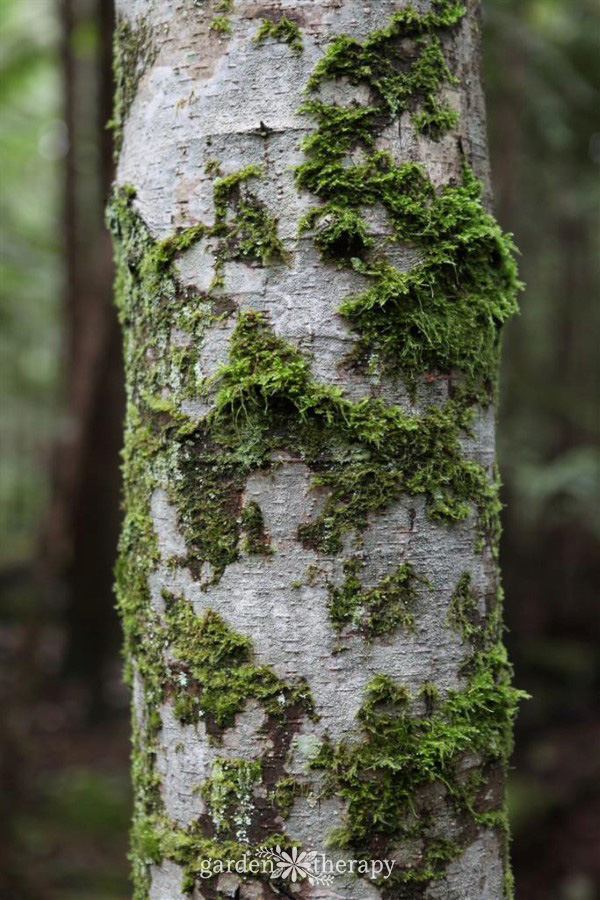 Have you heard of any other gardening superstitions? Leave a comment and let us know! 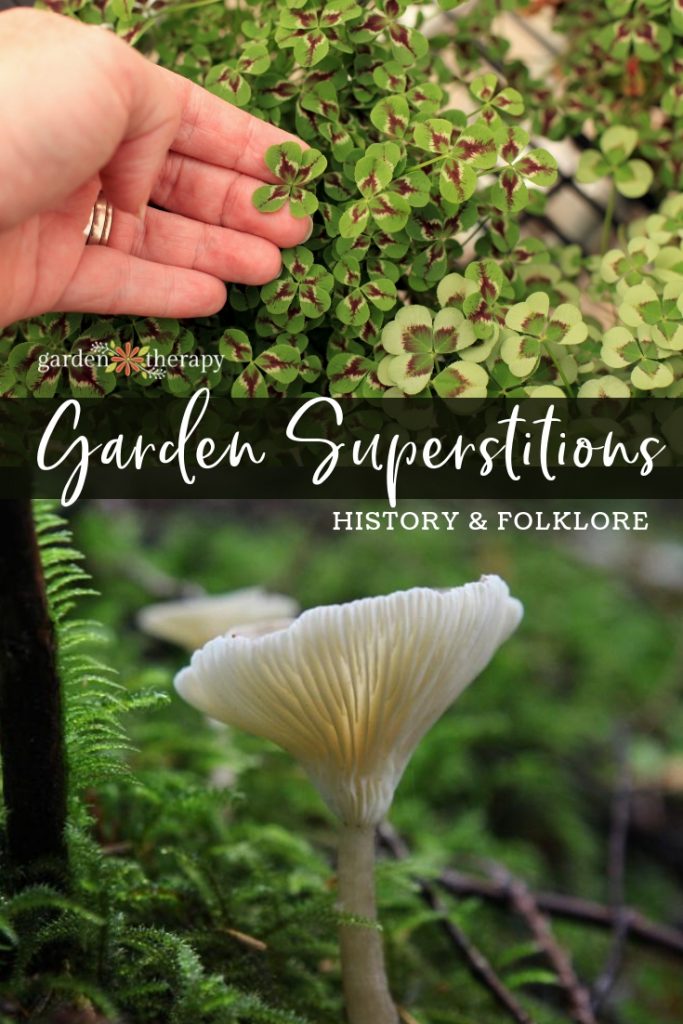