The New York Botanical Garden is a sight to see no matter what time of year it is. The 100+-year-old National Historic Landmark’s museum of botanicals has interest and events listed for each season: spring, summer, fall, and winter. I had the rare opportunity to visit the garden in the fifth season. Traditional Chinese Medicine has identified late summer or a warm fall as the 5th season, a time for grounding, balancing, and renewal; where negative forces are released and new energy is born. It is a time for appreciating and respecting the earth and I’m grateful that I was able to take part by touring the NYBG. 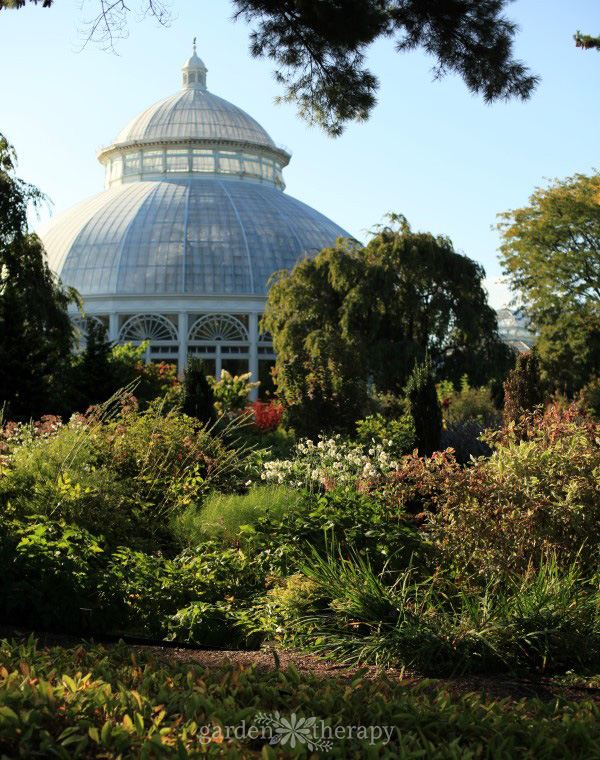 Weather and climate play an integral role in gardens, and so with New York having a cooler-than-average summer and then soaring temperatures at the end of September, the gardens didn’t look like fall gardens. The pumpkins had ripened and were on display, but the perennials were blooming as if they were enjoying a mid-summer’s day. 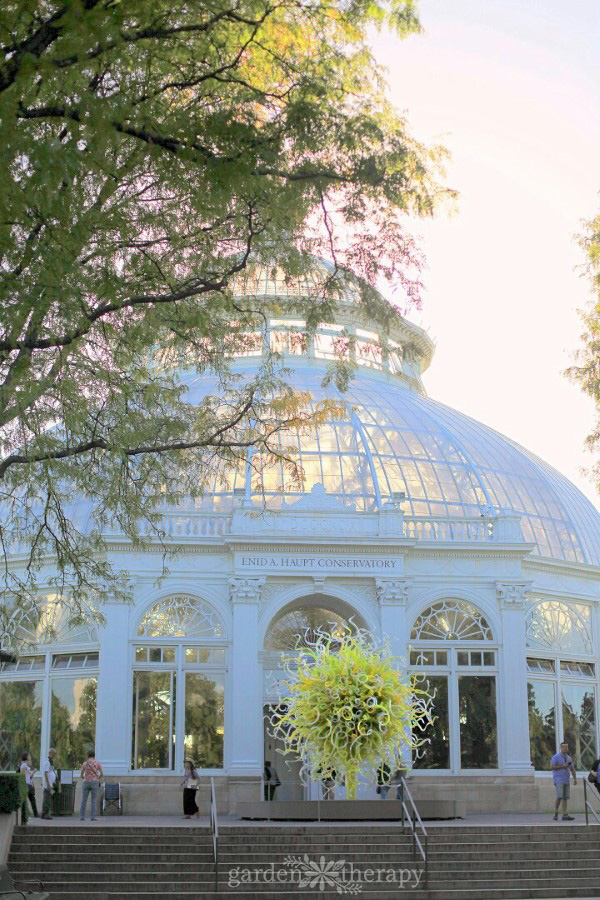 There are many collections and gardens throughout the site, but there were a few that were particularly interesting in the 5th season: the perennial garden, the conservatory, the Children’s Adventure Garden, and the Chihuly glass art sculptures displayed throughout. 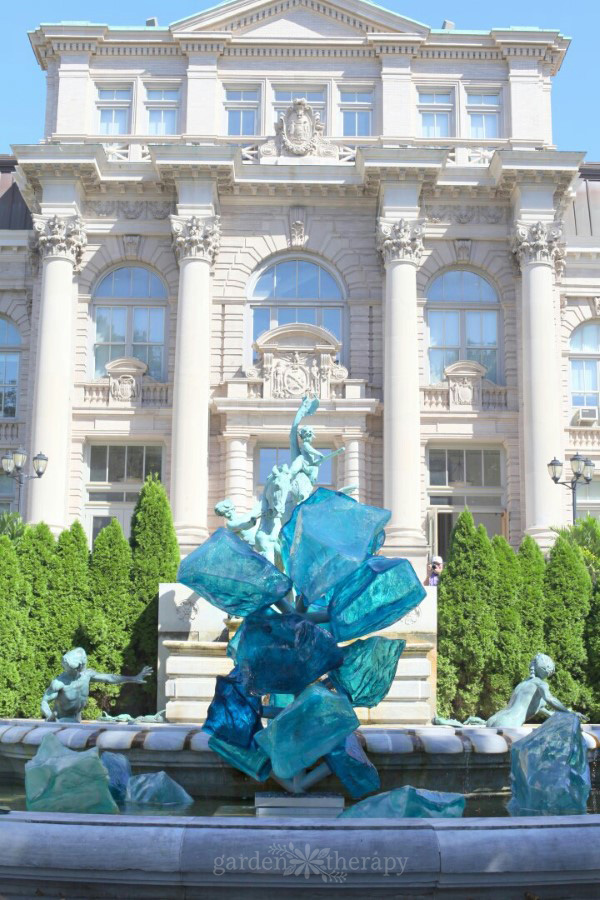 From April through the end of October 2017, artist Dale Chihuly has a collection of whimsical glass sculptures integrated around the garden. I’m very familiar with Chihuly glass art, living so close to Seattle where the permanent Chihuly Gardens and Glass has had a large influence on artists in the area. 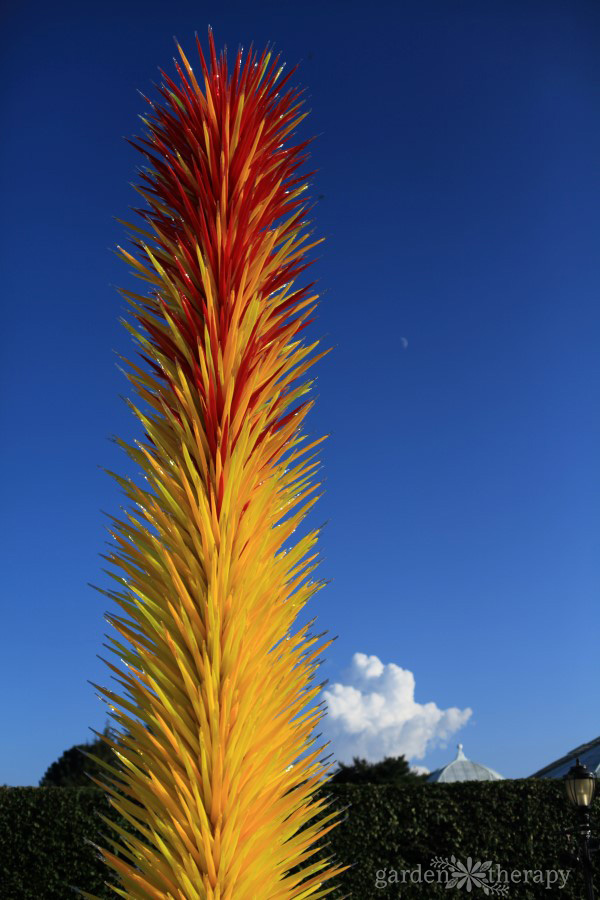 Despite my familiarity, I was still taken with the soaring sculptures, organic forms, and brilliant colors of his work. 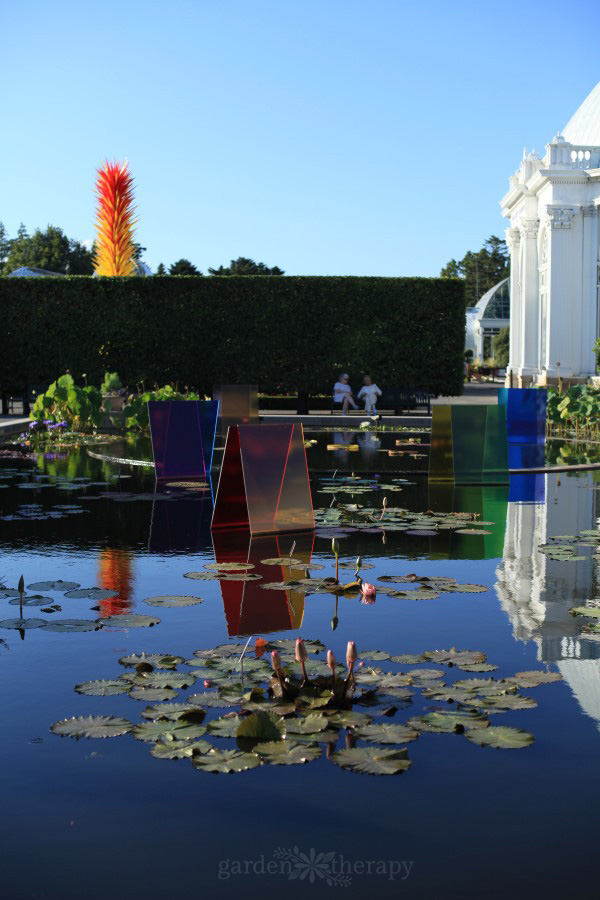 Even more so, the diversity of the pieces showed different ways to integrate the art with the gardens. 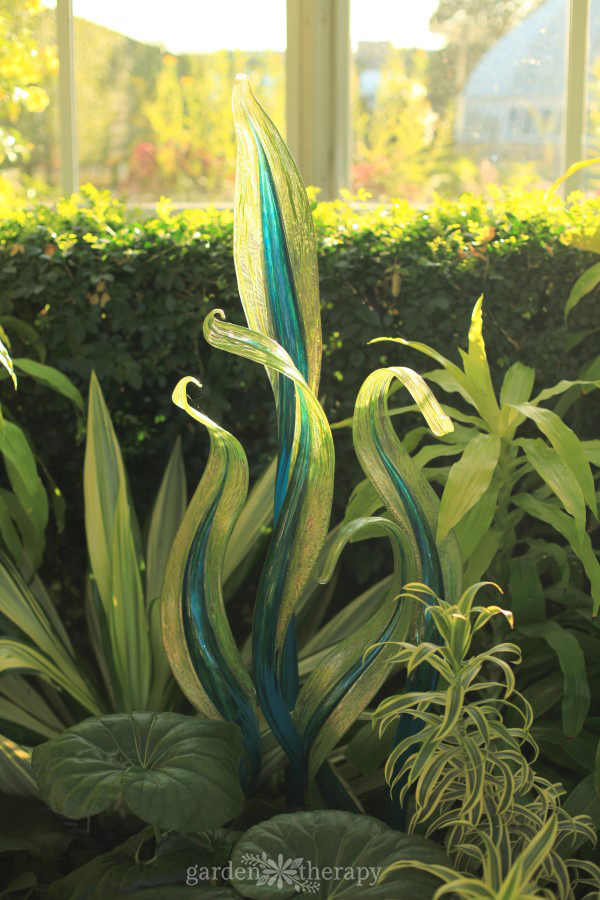 The artwork appeared inside the conservatory as well to adorn the lush tropicals and flowing fountains. 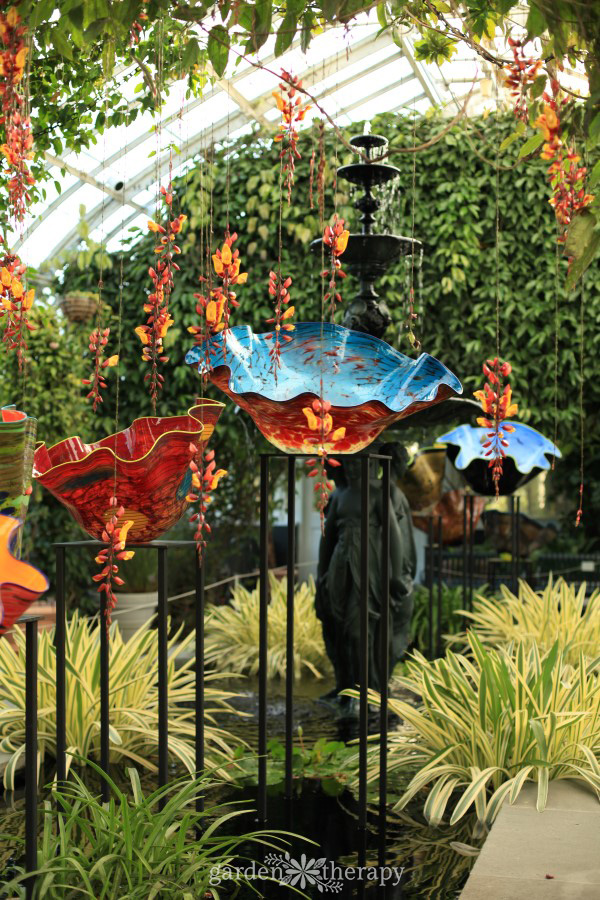 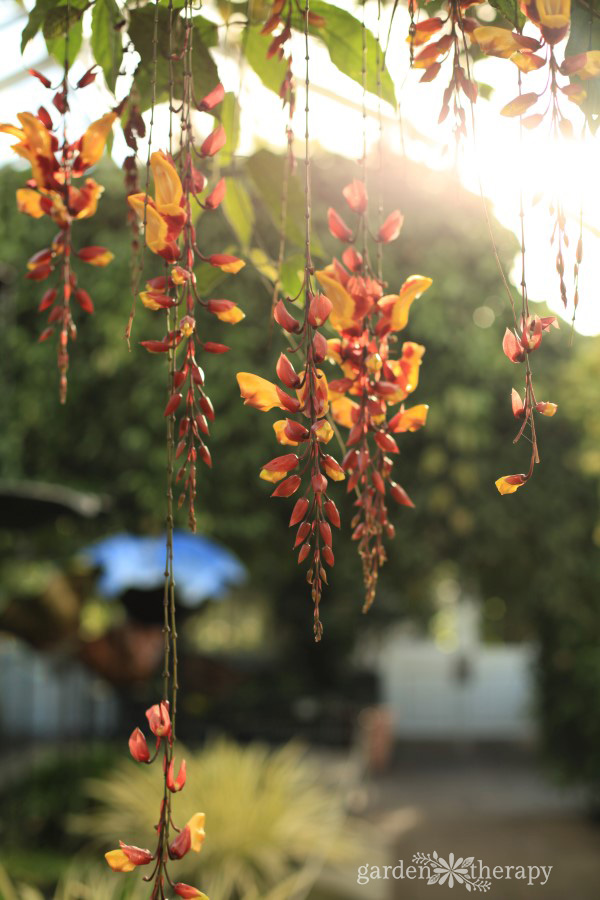 The conservatory was also home to a number of carnivorous plants and a desert garden that is not to be missed. It was a stark contrast to the glowing glass and flowing flowers. 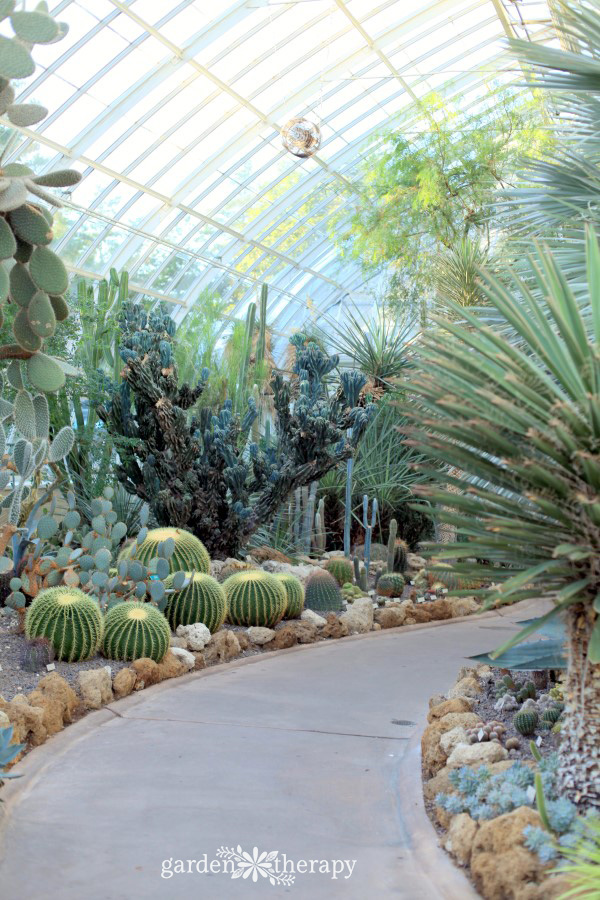 Outside, the perennial gardens have both formal and wilder plantings. 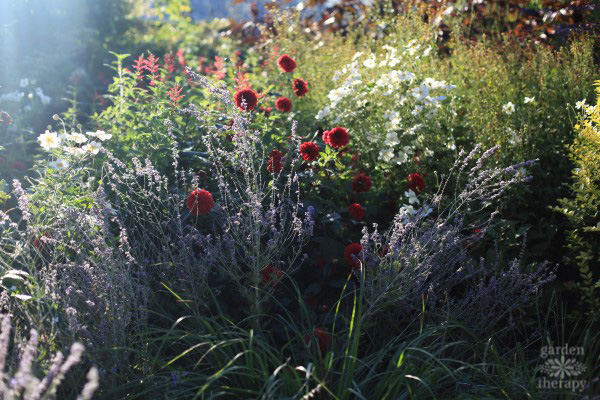 The gardens are set up in a series of rooms. 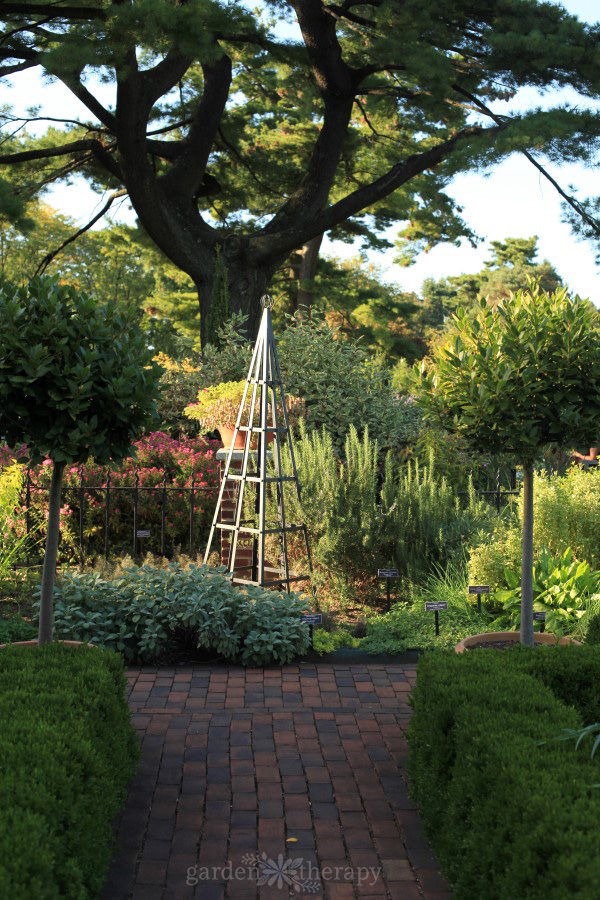 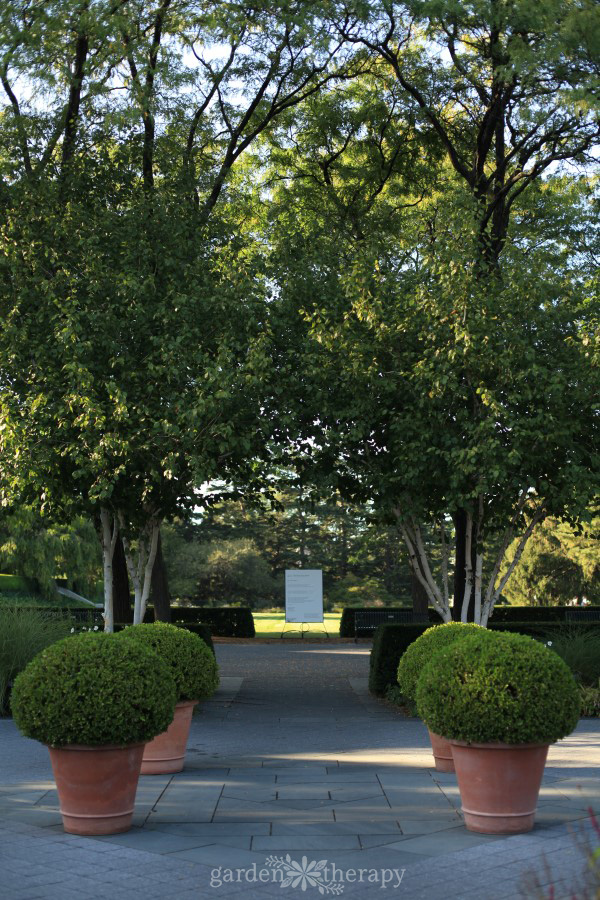 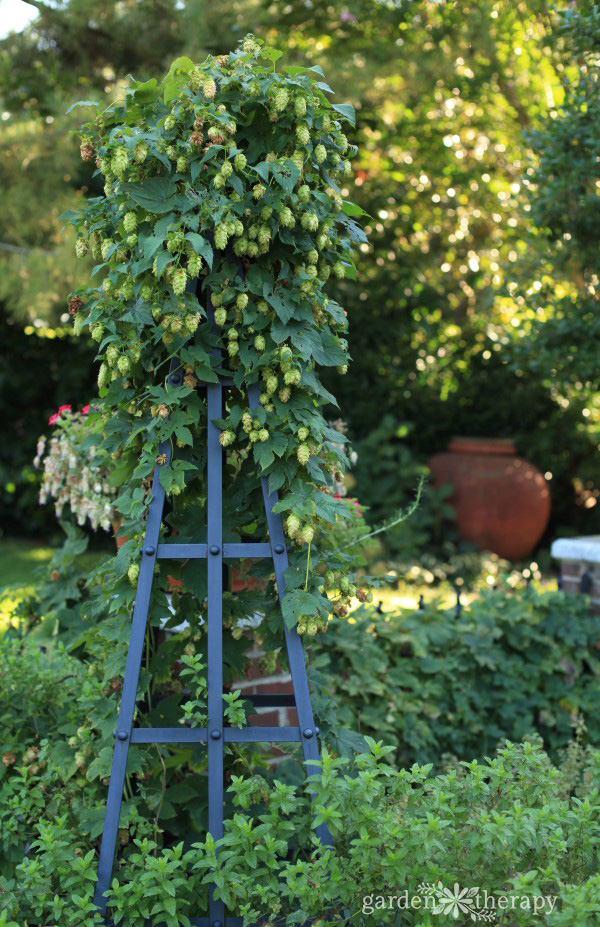 These collections of museum-quality botanicals were a sight to see, but it was at the Children’s Adventure Garden that I was able to find my ground. I took so many photos in this garden that I’ll write about it separately, but for now, I’ll share just a few of the more refined displays like this set of fall containers, 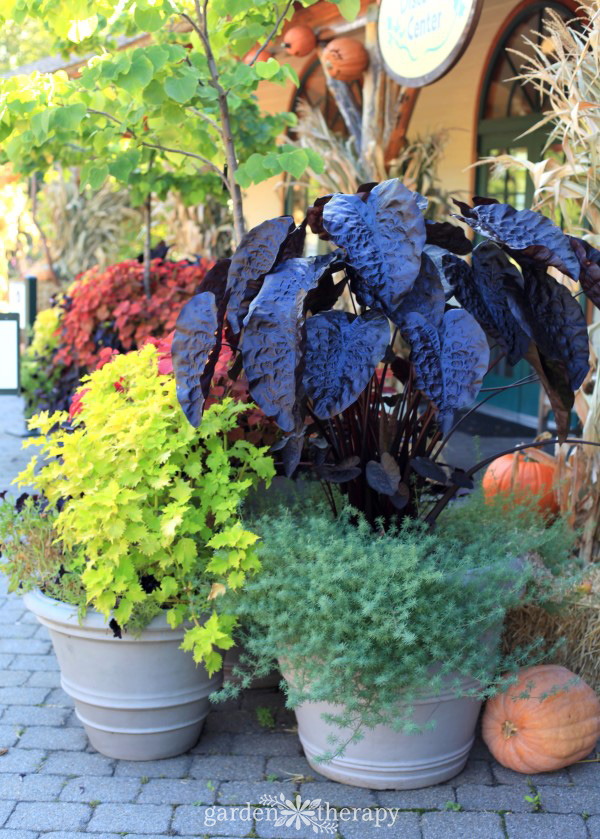 and a loaded beautyberry (Callicarpa) in front of a bright blue arbor. 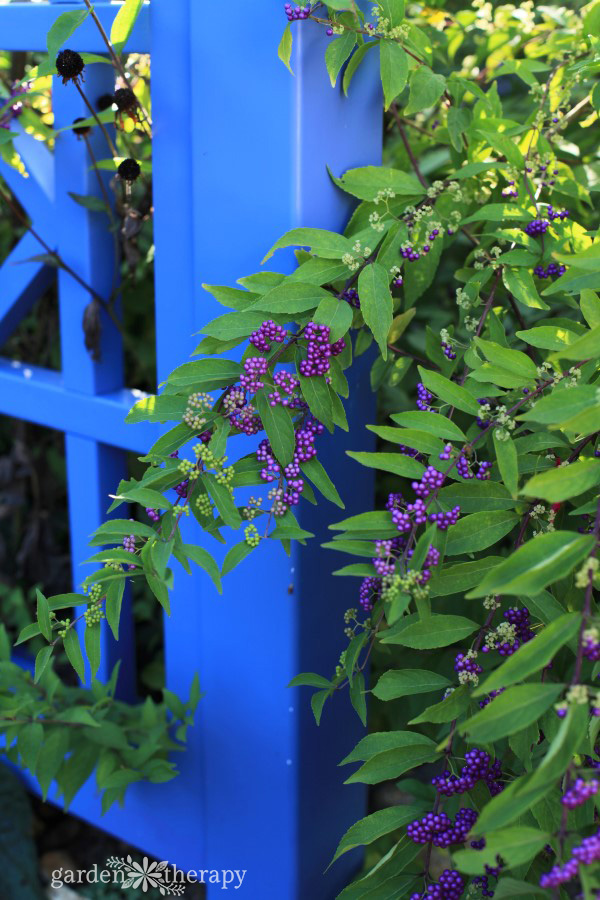 Now, it is time to say goodbye to the 5th season and look toward the fall as it gets cooler and we look to closing down the garden for the year. I’m grateful to have had the experience of visiting the New York Botanical Garden at this unique time of year. 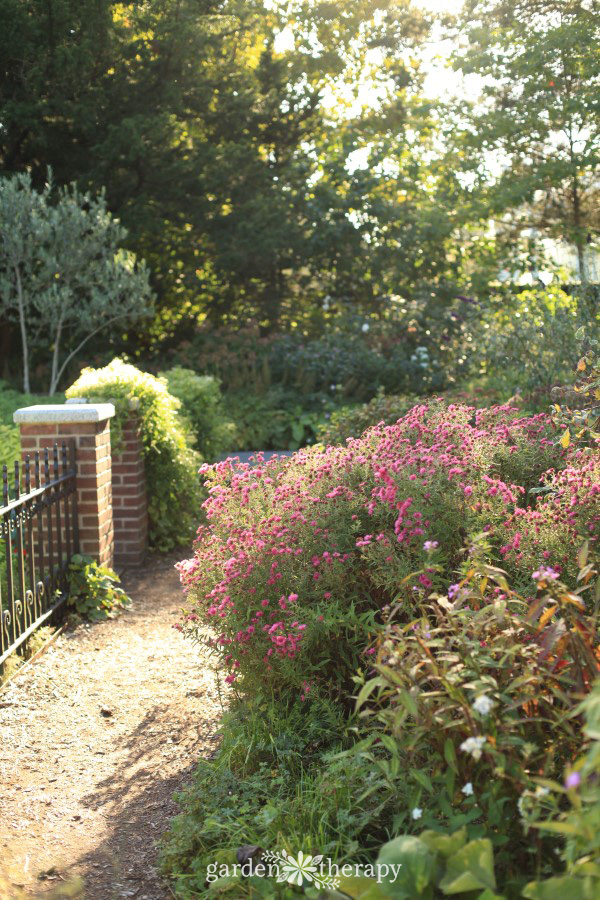 The balance of life and change in a season that doesn’t always happen was a precious opportunity for me to reflect on what has been and what comes next. 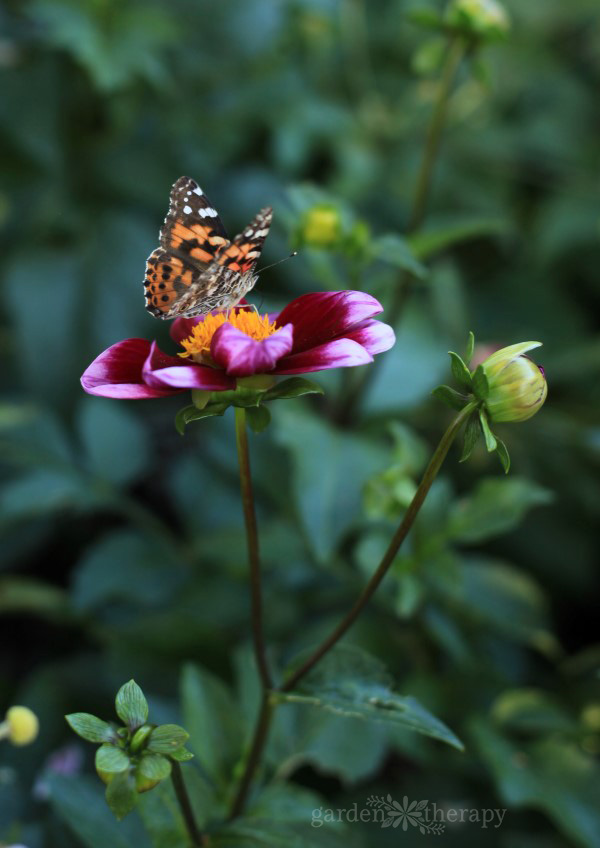