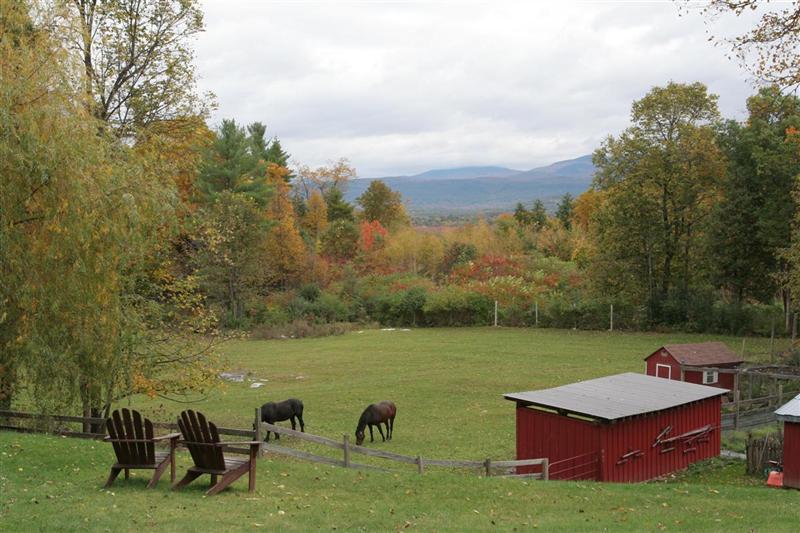 One of the highlights of my trip through New England this fall was the cheese making class at Trevin Farms in Central Vermont. Trevin is a farmstay that offers a 3-day chevre-making class in the company of the gracious Chef-Owners, Troy and Kevin, and their family: two giant Bull Mastiffs, two friendly horses, a small herd of milking goats, and a flock of free-range chickens. Our host and teacher, Kevin, promised that if I were able to make it to the farm by 4:30pm the first night of the stay I would be able to milk the goats for our cheese. SOLD! I arranged my trip to ensure that I could make it in time and while the road trip through the Adirondack Mountains was delicious with fiery trees in full peak foliage, I had my mind on getting to the goats in time. 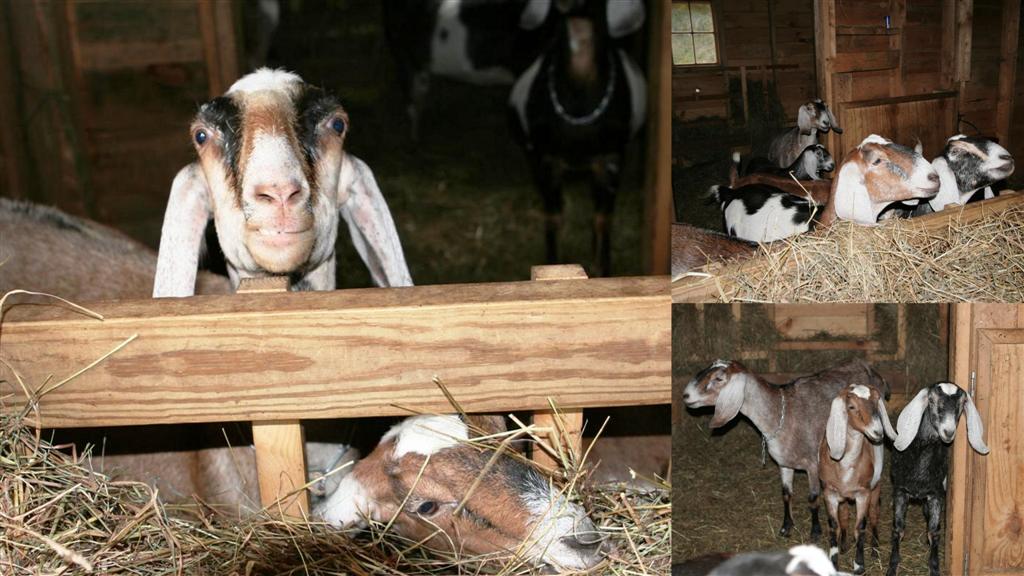 At 4:30pm as promised we were given the milking rundown and introduced to the milking goats: Sassy, Indiana (Indy), and Strawberry. The girls were always milked in the same order, which they had chosen, and they were not only practiced but eager to get on with it as was made clear by the forceful bleating that marked our arrival to the barn. Sassy, who was aptly named, hopped up on the platform in milking stance and after a short demonstration it was time to get to work. It was initially intimidating with Sassy’s low groans marking her dissatisfaction at my slow and unskilled attempts to relive her udder. But with a little practice and a lot of goat patience, the milk was retrieved and the udders were relieved, until the next morning at 6AM when it was to happen all over again. 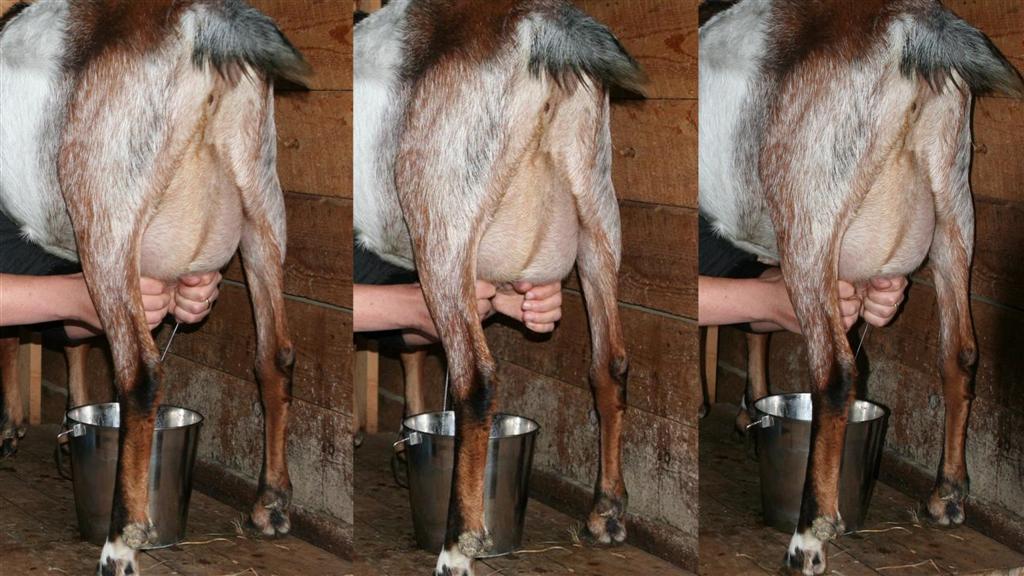 Later on that evening we began the cheese class. Using the unpasteurized milk fresh from the girls we began the incredibly simple and rewarding task of making chevre, a mild and soft goat cheese. This first step included bringing 1 gallon of milk up to 86ºF in a double boiler, adding chevre culture and rennet, and then letting the cheese sit undisturbed for 12 hours. 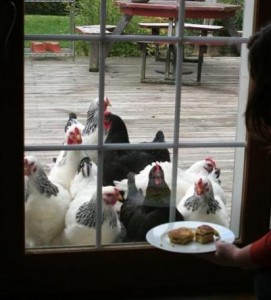 Chickens begging for pancakes. I wonder why?

The next morning we woke and had a lovely breakfast with Zeus and Zoe the Bull Mastiffs at our feet and a hoard of chickens begging at the back patio door for the leftovers. We checked in on the cheese and it had done its work, separating into a large central curd surrounded by whey. We cut the curd with a knife slicing it into a grid of about 1” cubes and with a slotted ladle, scooped the curds into a colander lined with butter muslin, a fine cheesecloth. While scooping each layer, we salted the curds to flavour the cheese as well as to draw out more moisture. The next step was to tie up the muslin and hang it in the very sophisticated cheese making room, a.k.a. the downstairs shower, to drain. Twenty-four hours later it was wrapped up and ready to travel through New England with us. 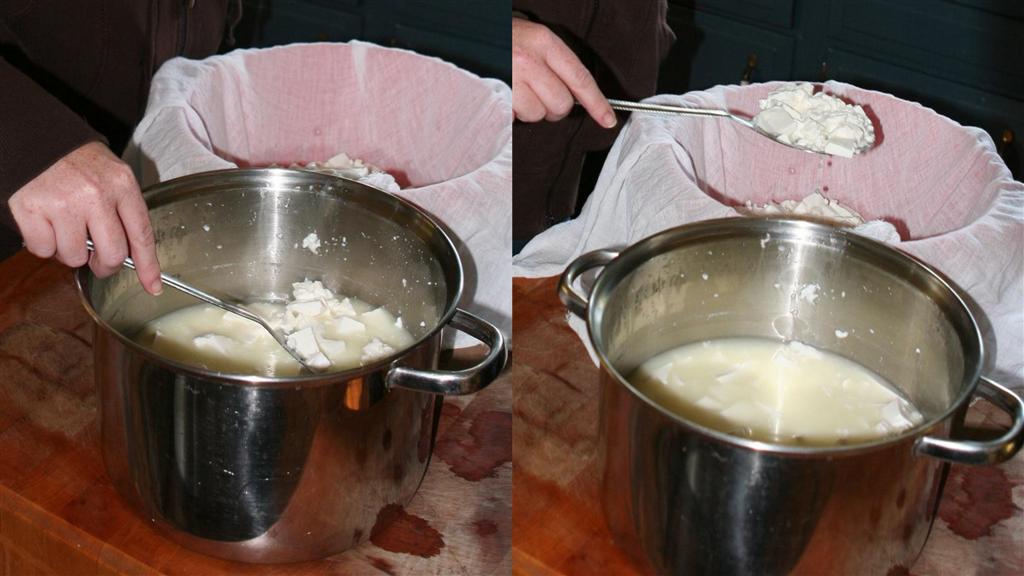 The final chevre was light and delicate in flavour, not at all like the pungent and often sour goat cheese I have had in the past. It was delightful with the butternut squash soup Kevin made for us one evening, and equally as nice with the Fig Brandy & Honey Mandarin Preserves I made this summer served on a little toasted ciabatta. It was not much fun to travel around with for another 10 days, and we couldn’t finish the entire pound of cheese before it expired, but the flavour was so creamy and fresh that it just cannot compare to much of what I have bought in the past. With my new skills in hand, I’ve ordered my own supplies of rennet and enzymes to try the whole thing again in my Vancouver kitchen. Now I just need to find some sassy goats in need of milking. 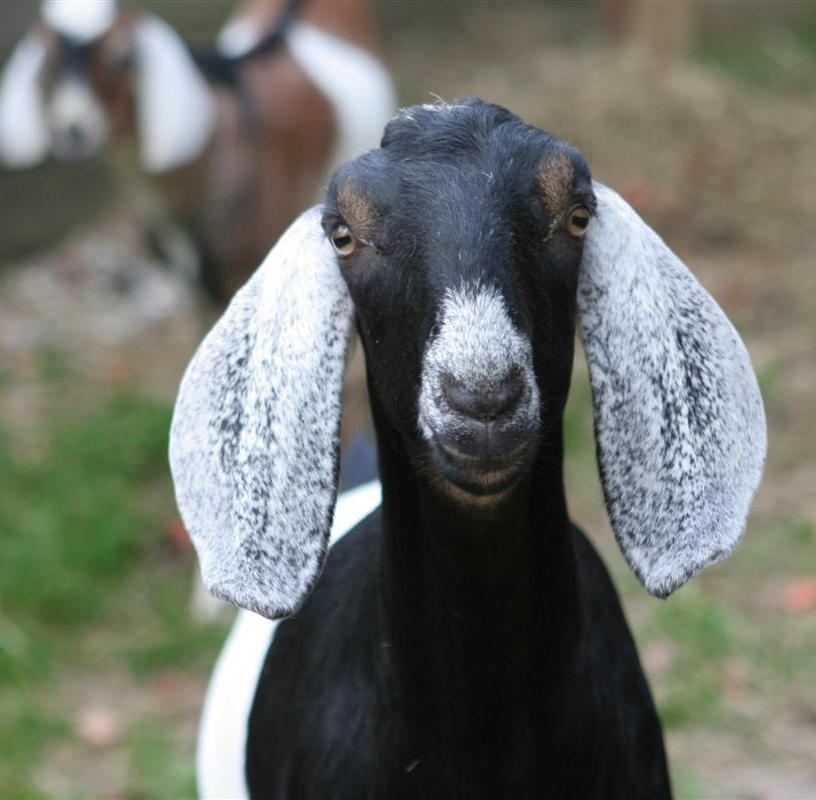 This is Brandon, one of the 3 male goats