Shishito peppers are all the rage, and for good reason. They are easy to grow and even easier to gobble up in a variety of recipes. These flavorful peppers are classified as hot peppers (as opposed to sweet or banana peppers) but they are not all that spicy. One in every ten does have a bit of a kick though, so these are fun to serve a bunch of at once and see who gets the shishito-eating grin! 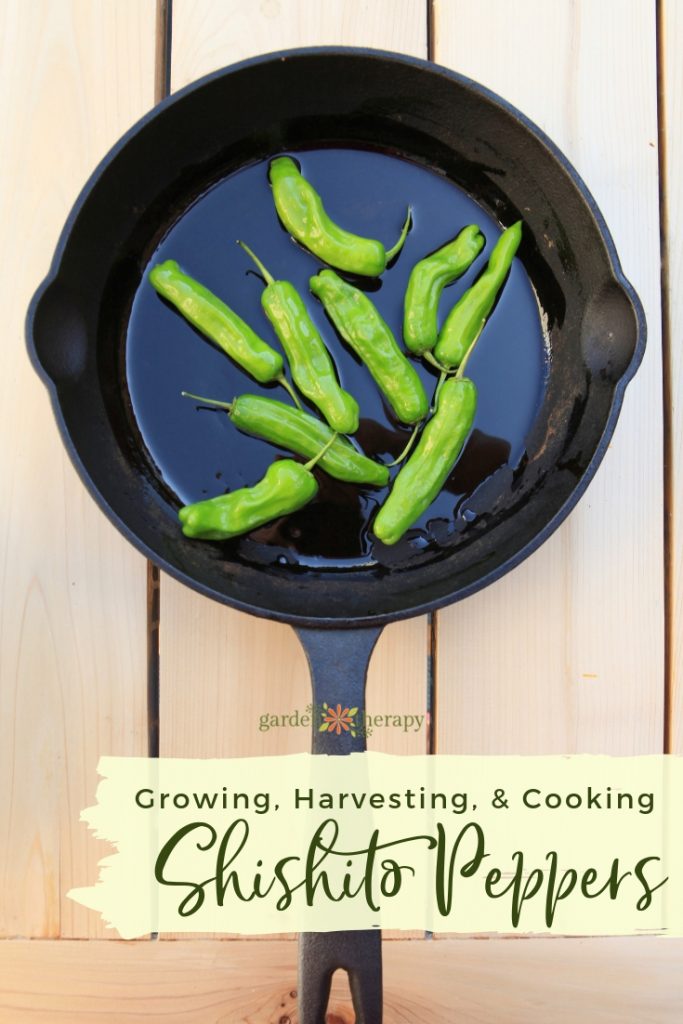 Disclosure: Burpee Home Gardens sent me two “Dragon Roll” Shishito Pepper plants this year to grow and I’ve been testing out a bunch of recipes. I was first introduced to these shishito peppers at the California Spring Trials and they will be available as home garden plants in 2018. Sales Manager, Scott Mozingo presented them with a hilarious story packed with puns replacing shishito for a similar sounding four-letter S-word. I’ve used a few of them in this post. How could I resist?

This post is sponsored by Burpee Home Gardens.  All of the recipes and opinions are my own. 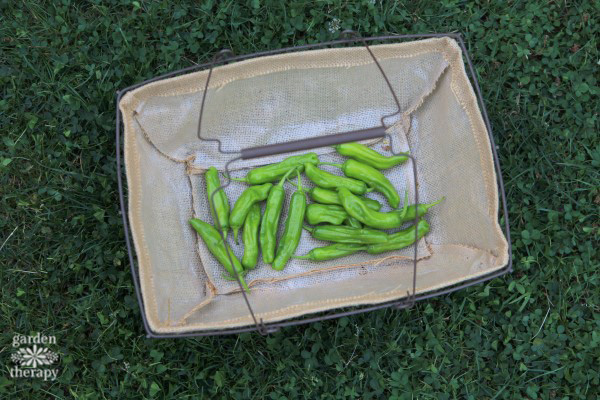 Growing peppers is really as simple as planting them in a hot, sunny spot and then picking the peppers as they ripen. Peppers are one of the easiest types of vegetable plants to grow and shishitos are even easier! I shishito you not. 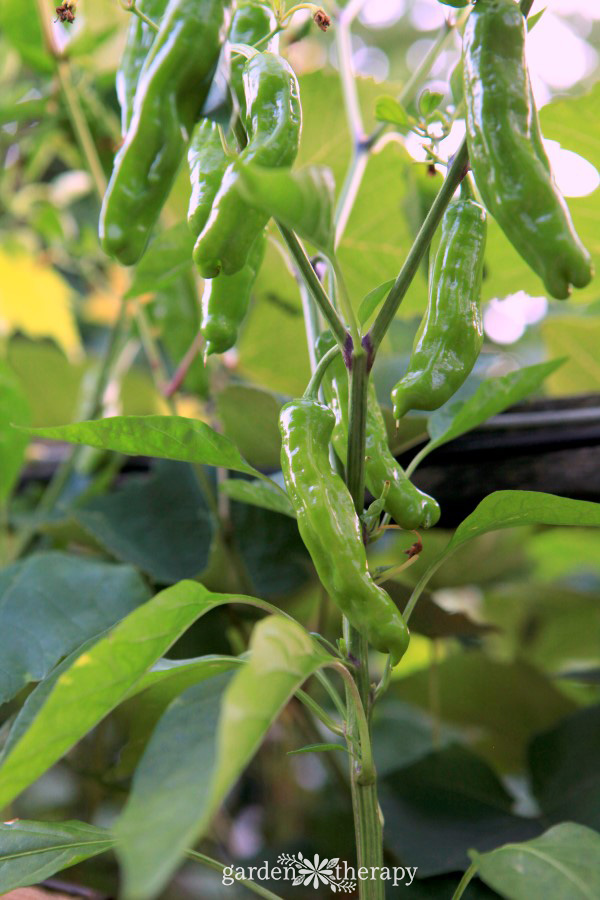 Plant shishito peppers in good quality, well-drained soil in a sunny spot in the garden. They need at least six to eight hours of sunlight to produce well. They are a tidy plant that can be grown in the ground or in an 18″ pot, and that’s not a crock of shishito. 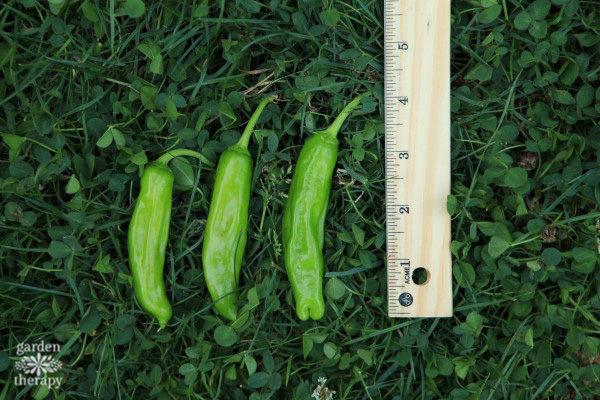 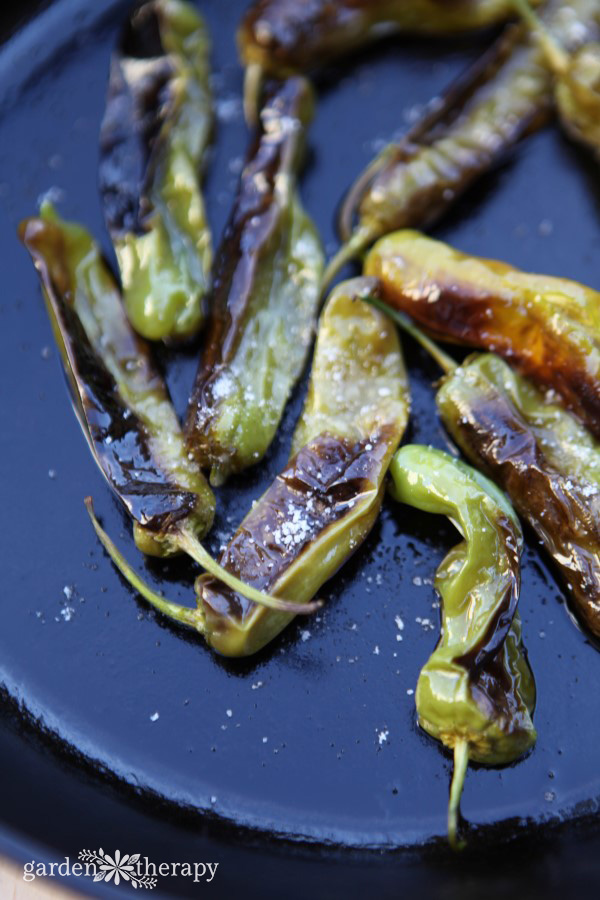 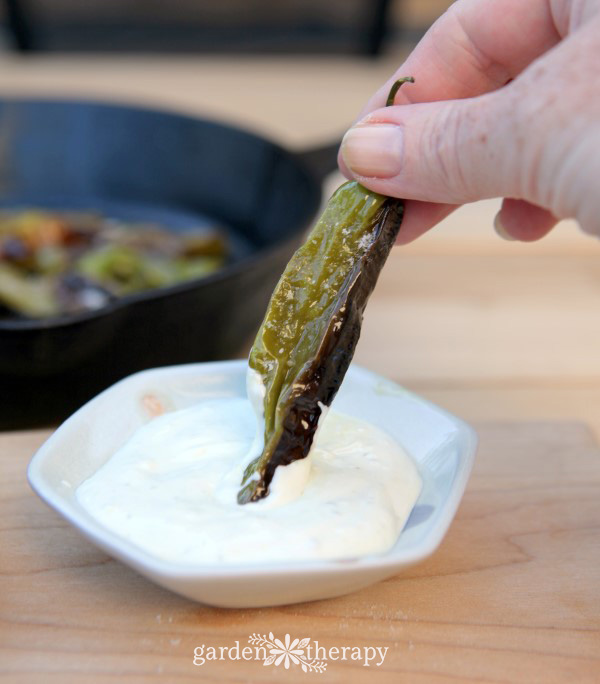 Makes 1 pound of shishito peppers and 1/2 cup of dip.

Heat oil in a cast iron pan and add whole peppers over medium heat. Turn peppers after they blacken and blister on the bottom side. Once they are charred all around, remove them from the pan and sprinkle with fine gray sea salt.

To make the dip, combine the last four ingredients and add a pinch of sea salt to taste. 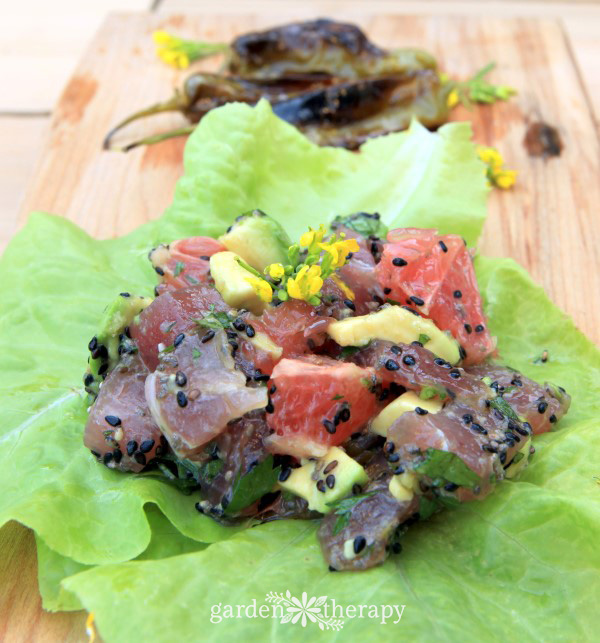 Cut the ahi into 1/2″ cubes, add the dressing, and marinate for 1 hour in the fridge.

Cut the grapefruit, avocado, and cucumbers into 1/2″ cubes and stir them together in a bowl. Add the other ingredients and mix to combine.

Serve on a bed of lettuce or rice. 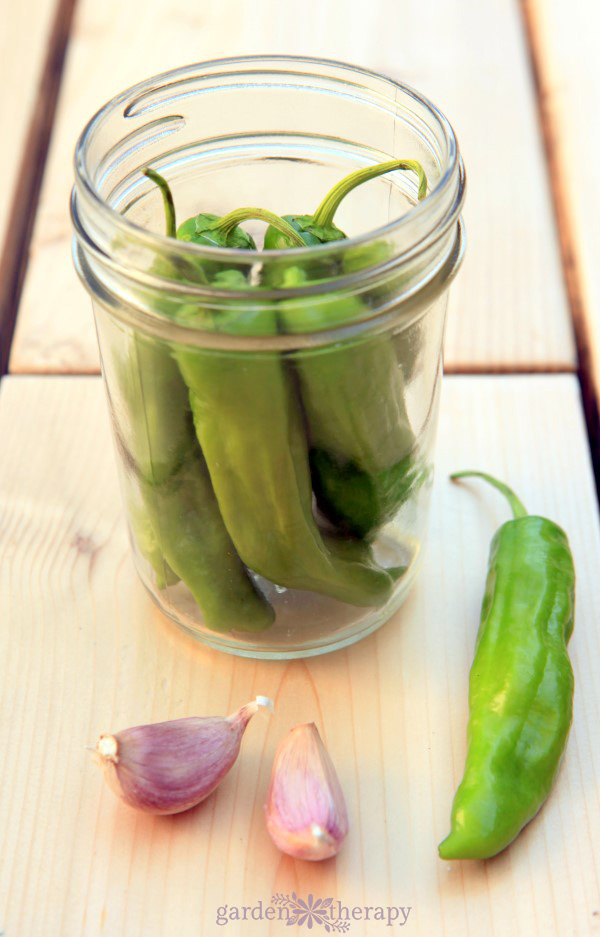 Bring vinegar, water, and grated garlic to a boil in a small sauce pan.

Pack a clean 1-cup Mason jar with five to six shishito peppers, stem side up.

Strain the vinegar mix and pour into jar, covering the stems with at least 1/4″ headspace.

Process in a boiling water canner for ten minutes. Pickles are ready in three weeks and will last for up to one year. 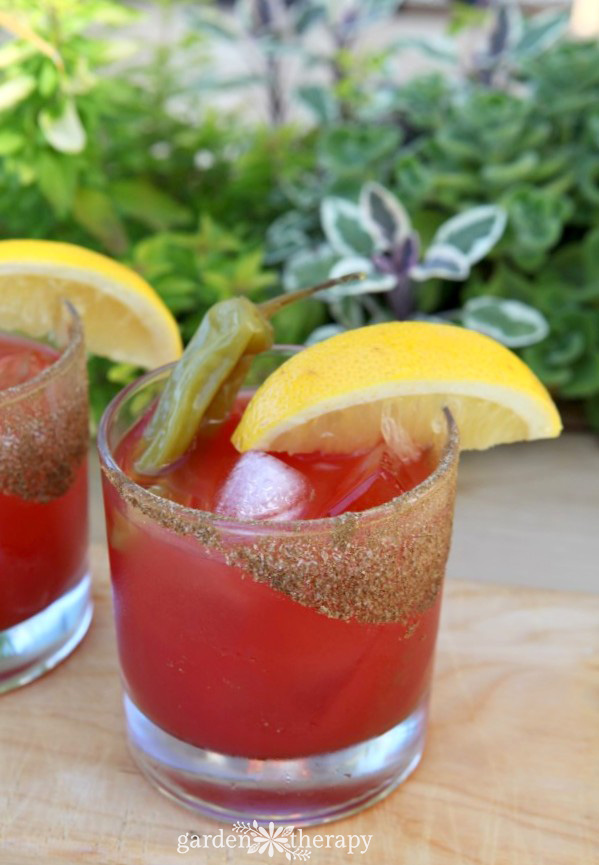 Fill the glass with ice. Pour 1 1/2 ounces of vodka into each glass (or omit the vodka if making a mocktail). Pour the Bloody Mary mix over the ice. Put the lemon slices on the rims of the glasses and pop a pickled shishito pepper into each glass.