One of the least favourite species on the planet, spiders oftentimes get a bad rap. But when you look past their alien-like bodies and spider bite lore, they’re actually an incredible pal to have out in the garden. Here’s the lowdown on garden spiders and some common types you might spot in your backyard.

I know how squeamish people can get about spiders. I’ll be the first to admit that I won’t be volunteering to hold a tarantula anytime soon, but I do love my garden spiders!

Movies like Spiderman have people believing that spiders should be something to be feared. In fact, they’re relatively harmless and are much less of a nuisance than pests like mosquitoes, aphids, or whitefly.

I’ll happily invite spiders to hang out in my garden anytime. A natural predator, they’re one of the good guys in the ecosystem. Just ignore their not-so-cute exterior!

That all being said, if you’re squeamish about spiders, note that there will be plenty of close-up photos on this page of the 8-legged friends.

A spider’s web is one of the strongest natural materials found on earth. Stronger than steel, it can handle a load more than a hundred times its size. Some dismantle their webs and rebuild them every day while others leave them up. Without a doubt, spider webs are one of the prettiest sights to see on a dewy morning or a frosty fall day!

Wandering spiders, also known as cursorial or hunting spiders, don’t construct webs and actively pursue prey or sit and wait for it to come nearby.

When a female and male spider mate, the female will actually take the sperm and store it until it’s ready to lay the eggs. The male spider will die shortly after mating while the female spider will make an egg sac out of the silk and deposit her eggs inside, fertilizing them as it goes. Depending on the spider, one egg sac can contain but a few eggs or hundreds.

It will take a few weeks to hatch. Oftentimes, the mother guards the eggs. She will die shortly after the first frost following mating.

When spiders hatch, they’re known as spiderlings. They use their silk to help spread and get away from the egg sac. The spiderlings will molt 5-10 times before they’re considered an adult.

Most spider eggs hatch when the weather is warm in the spring, but some spider species will hatch in the fall.

With around 3000 spiders found in North America alone, there are so many spiders you might find in your local area. But here are some of the most common!

Nope! Spiders are more than just good, they’re amazing friends to have out in the garden! I know they often get a bad rap due to their spindly legs and tiny pincers, but more often than not, they stick to the garden and leave us humans alone.

A healthy population of spiders indicates that there is a healthy population of other insects in the garden. As one of the top predators, they’re part of the natural balance of life in your garden. They help to control those annoying or bad bugs such as aphids, mites, caterpillars, squash bugs, cabbage moths, and more.

Most garden spiders are considered non-aggressive and aren’t likely to bite. If they do bite, they’re relatively harmless and act like normal bug bites.

How to Make Your Garden More Spider Friendly

Now that you know how lovely spiders are, you may just want to invite more to your garden party! Spiders are attracted to hiding spots like wood, rocks, and compost. They also like spaces to build their webs like fences, hedges, and tall bushes.

Some spiders like woody and dense areas amongst your shrubs and perennials while others like to lounge in the sun and the grass. What most spiders can agree on is that they prefer to build webs in protected areas to keep them safe from harsh winds.

Avoid using any kind of insecticide in your garden. They kill off the population of insects that spiders like to munch on or even the spiders themselves. Consider natural methods of pest control if you have a pest problem. A good method is to invite all kinds of good predators into your yard!

Above all, leave them alone! It can be tempting to knock down their webs and their egg sacs, but just remember how beneficial they are for the garden. Come winter, they won’t be around any longer so let them have their fun now!

How to Keep Garden Spiders Out of the House

While I love my spiders outside, I’m not the biggest fan of them inside the house…especially when there are tons! Spiders like to find their way inside when the temperatures begin to drop. You’ll likely see spiders taking refuge in your home, garage, shed, and crawl spaces.

You’ll want to make sure they have no way of getting in. This means sealing all window and door seals and fixing any cracks that they could squeeze through.

Also, consider the locations they like to hang out in. For instance, it’s best to keep any bushes and shrubs away from the home if you’re having a garden spider problem.

Doing a spring cleaning when spider eggs begin to hatch is another good idea. Make sure to check all the forgotten places like behind furniture, above door frames, and corners to eliminate eggs sacs and other insects they may like to eat.

There are approximately 3000 spiders found in North America and only 4 are considered dangerous: the brown recluse, the black widow, the hobo spider, and the yellow sack spider.

Common garden spiders are fairly harmless to humans and pets. While they do have venom, it is used to paralyze prey and isn’t potent to humans.

Those with an allergy to venom will have excessive swelling in the face and other areas of the body as well as difficulty breathing. 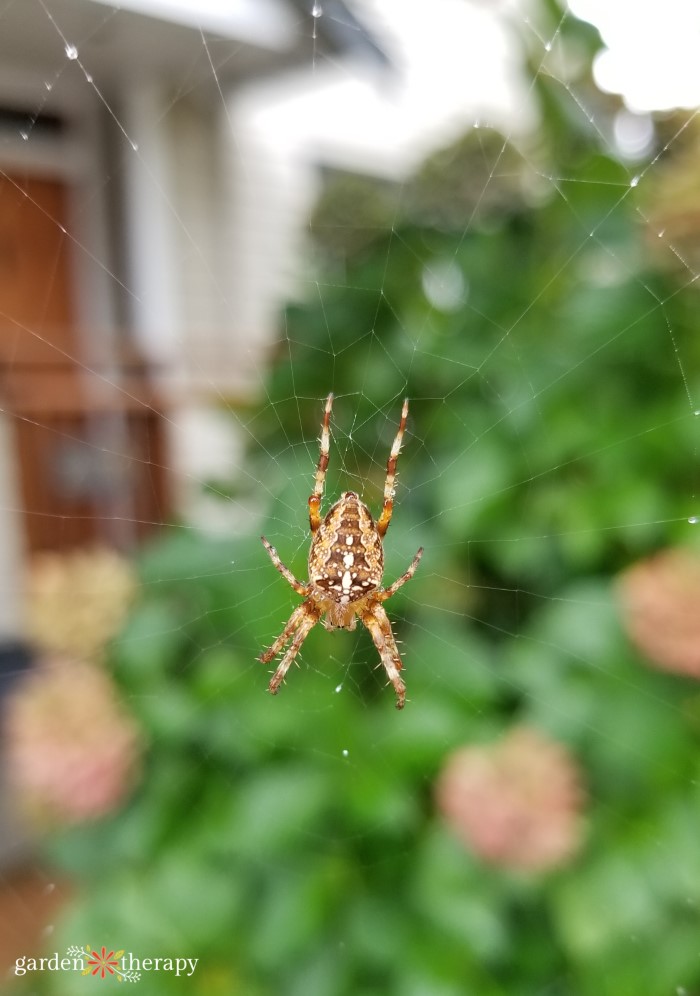 Yes, most garden spiders bite but it’s unlikely that they will. Most spiders would rather run away rather than bite you. These are considered non-aggressive spiders.

They may bite a human or pet if they’re feeling threatened or disturbed. The bite is similar or less painful than a bee sting. It can cause itching, swelling, and redness but most people won’t even notice a spider bite.

How Long Do Garden Spiders Live?

Typically, most spiders live to be about a year old. Males will die shortly after mating while females die after the first frost after mating. Since most female spiders protect the egg sacs before they hatch, they live longer. Some females may even survive the frost and live a few additional years.

If you have any other questions about garden spiders, please leave them in the comments down below. 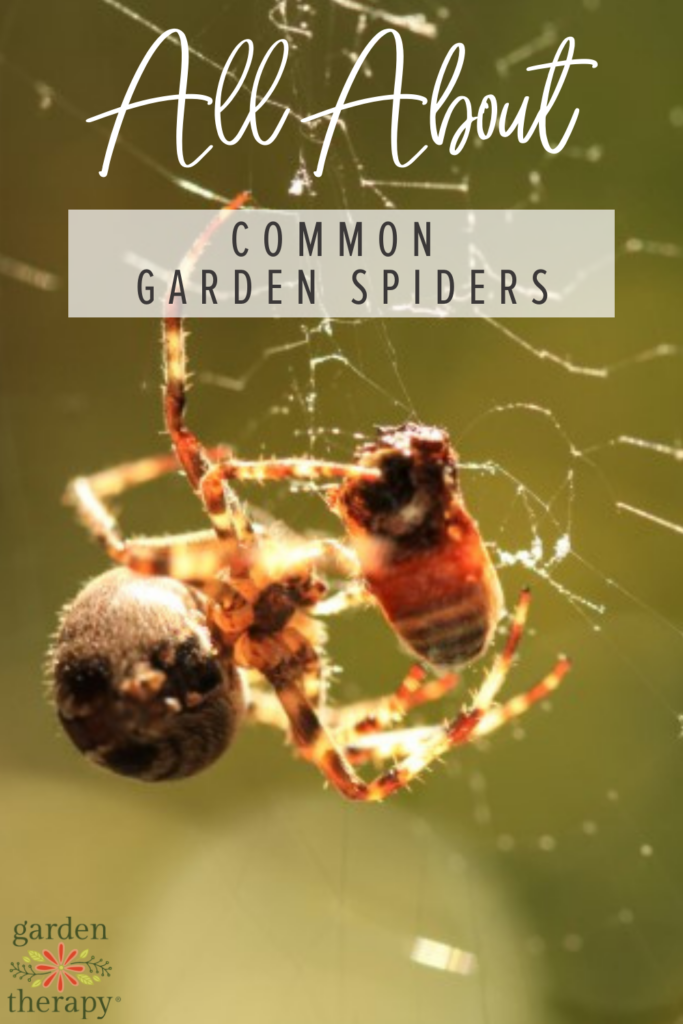