Like a field full of boldly coloured butterflies, poppies are a great addition to any sunny garden area. I can already picture their papery petals blowing in the wind! This guide covers everything you need to know to grow poppy flowers for an impressive display of colours year after year. 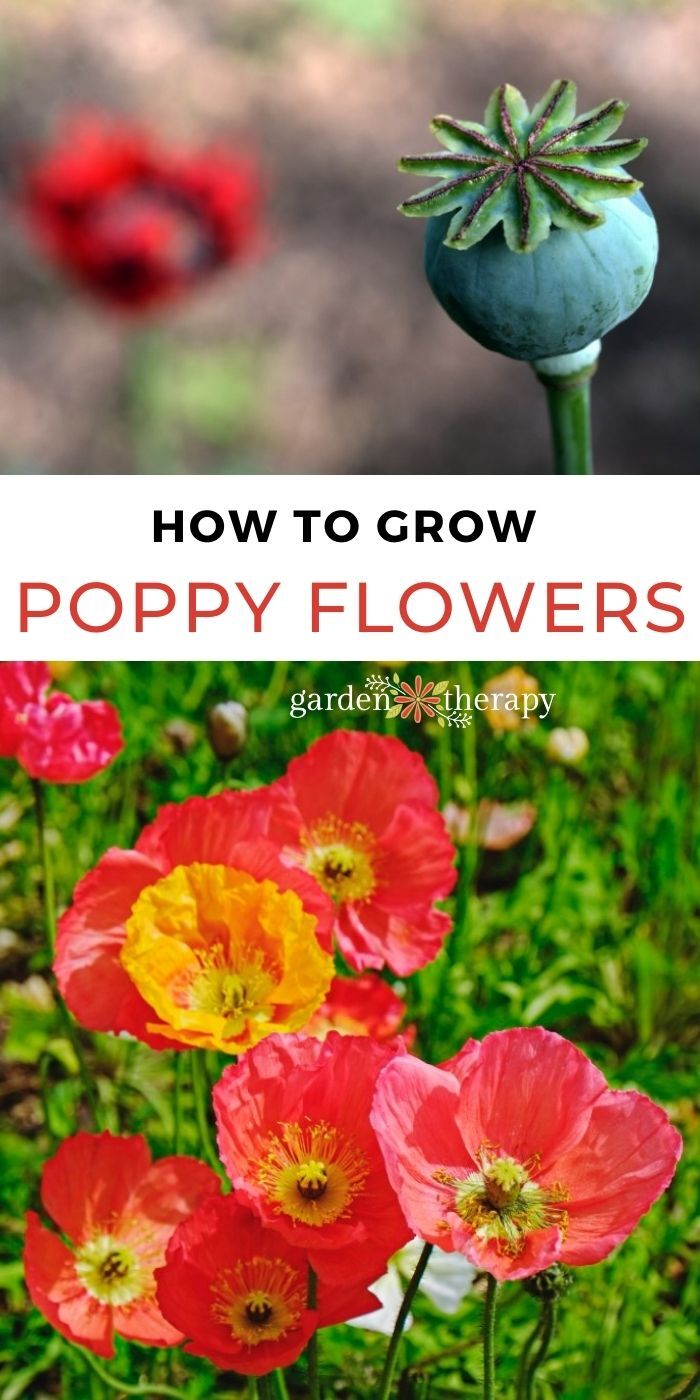 A herbaceous plant, poppy plants can grow to be over a metre tall with large flowers up to 15 cm wide. Not only do we love its signature red flowers, but bees do too!

The poppy has a long history, most notably known for symbolizing the remembrance of soldiers. The famous poem, “In Flanders Fields” by John McCrae was written after the death of a fellow soldier and mentions poppies.

After World War I, poppy flowers began growing everywhere. This is because the fields were barren from warfare but then became rich in lime from the rubble, providing rich soil for the poppies to bloom.

It is important to note that most poppy flowers are poisonous to some degree. The species contains alkaloid compounds that are poisonous to both humans and pets. Don’t munch on any part of the plant.

If you are in Canada, you can purchase your poppies at West Coast Seeds, Richters, or Monrovia.

Medicinal Benefits of the California Poppy

Since it is in the same family as the opium poppy, the California poppy also has some of the same pain relief and anxiety-reducing qualities. However, it doesn’t have the addictive or narcotic traits of the opium poppy. It can be used externally and internally to help treat headaches, migraines, muscle pain and tension, and backaches.

The Californa poppy is also known to help with mental health issues such as depression, anxiety, restlessness, nervousness, and insomnia. Overall, it promotes relaxation and reduces stress. It is most commonly used in small doses and combined with other nervine herbs.

The indigenous people of California have a long history of using poppies medicinally. It was used to halt lactation by applying mashed seedpods to the breast. It was also used for headaches, stomach aches, tuberculosis, toothaches, and to treat head lice.

How to Grow Poppies

Planting and Growing Poppies from Seed

Have you ever opened a brand new seed pack only to lose a ton of the tiny seeds? Poppy seeds are notorious for being small and easy to lose. My go-to trick for growing poppies from seed is to use a saltshaker!

Mix the poppy seeds with sand in a large-holed saltshaker and simply sprinkle an even layer of seeds/sand over the entire area to plant. Very light and airy shade cloth can help prevent the tiny seedlings from frying in direct light; be careful, though, as the seeds need light to germinate.

Of course, you can also just save the stems and shake those in the garden directly. They come with thier own shaker made by Mother Nature!

Keep the seedbed moist and do not allow it to dry out as this can kill the young seedlings. When the plants have several true leaves, carefully dig them up and replant them one foot apart. 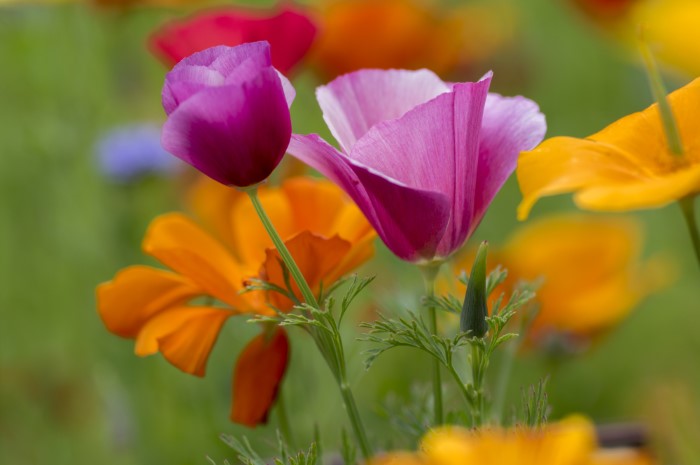 Transplanting is best done to prevent overcrowding for new poppies or to move your perennial poppy to a new home. Transplant any perennial poppies in late summer when they are no longer actively growing.

To begin transplanting, water the ground around each plant to help loosen the soil. Carefully dig each plant, making sure to leave as much soil as possible around the root balls. For perennial poppies, be wary of their long taproot by digging deep and lifting carefully.

Plant the poppies with their crowns level to the ground in a well-drained area and water well. The addition of mulch is useful to help prevent the newly transplanted plants from drying out. Shade cloth may also be used for protection until the plants are established well enough to withstand full sun. 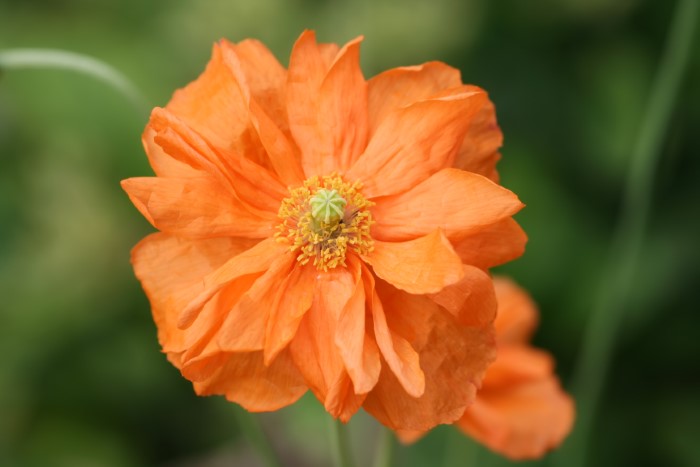 Where to Plant Poppies

The best place to plant poppies is in a site with full sun and well-draining soil. To get your poppy growing site ready, clear all vegetation, rocks, and roots. If the soil is heavy, amend it with sharp sand, bark, and other additives that will allow for a very well-draining soil. Rake the entire planting area level and water well in preparation for the seeds or plants.

Poppies can also grow well in pots. To plant container poppies, find a medium-sized container with drainage holes and fill it with a good potting mix. Sprinkle your poppy seeds directly on top of the soil and be careful not to wash them away while planting. Their bright colours are sure to add some beauty to your porch or patio garden. 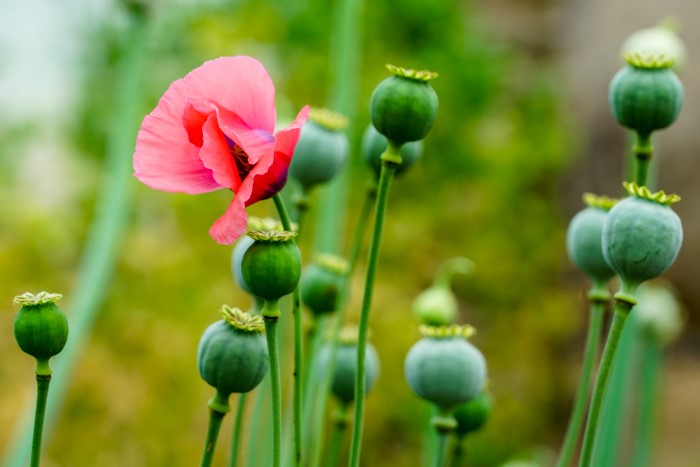 There are many different types of poppies with some acting as perennials and some as annuals. Poppies that are grown from underground roots will come back every year, such as oriental poppies or the celandine poppy.

Other poppies that are grown from seed, such as Iceland poppies or red poppies, are treated as an annual. Deadheading will prevent annual poppies from potentially reseeding themselves, so be careful when deciding to remove spent blooms.

If the look of dying foliage leaves something to be desired, try a companion plant such as Baby’s Breath to hide the ugly browning foliage. 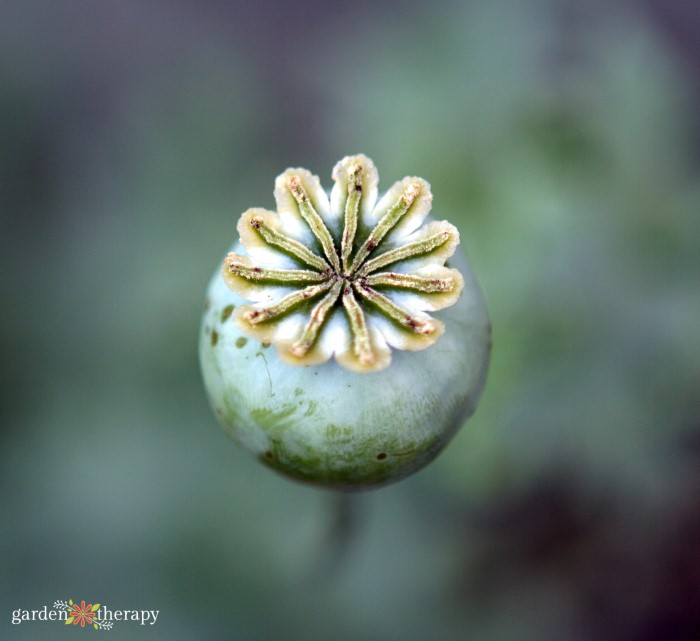 How to Collect Poppy Seeds

Poppy heads are incredibly ornamental so sometimes I just leave them to enjoy when the cold settles in! But if you loved your poppies so much that you want to bring them back for next year’s garden, be sure to harvest some seed heads.

The best way to get poppy flowers year after year is by collecting the seeds themselves. To collect poppy seeds, wait until the seed heads have completely dried. Clip the entire seed head from the stem.

Take your seed heads inside and carefully break open the seed head over a sheet or large piece of paper. Remove all the seeds and compost the rest of the seed head. 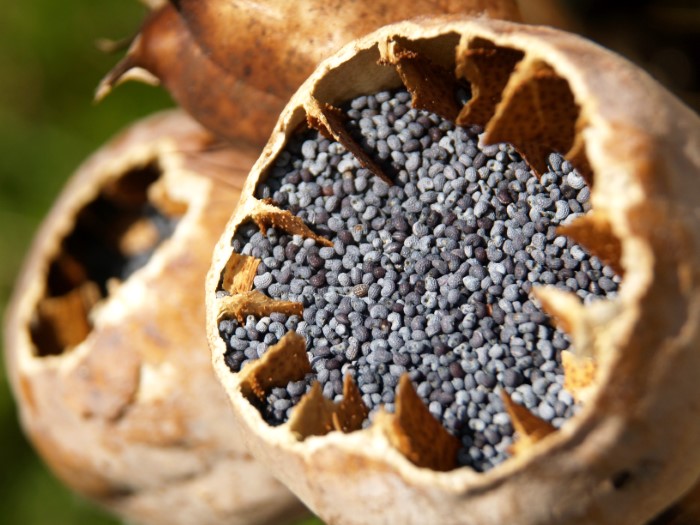 Store your poppy seeds in baggies in a cool, dry place until the seeds are ready to plant. Before planting, make sure to cold stratify the seeds for a few weeks. Since poppy flowers have a hard outer shell, this helps the plant to germinate prior to sowing.

By the way, these are the same seeds you can use for baking if you decide to whip up a batch of poppy seed muffins!

Is it Illegal to Pick Poppies?

Please only collect poppy seeds from your own garden. While it is not illegal to pick poppy flowers (as some Californians have been told), it is still best practice to obtain seeds from your own garden or a friend’s garden rather than public property. Picking any kind of flowers from private or public property without permission can mean a potential fine.

And that’s a wrap on poppy flowers! After reading this guide on growing poppies, you are sure to have fields (or containers at least) of this delightful flower. Let me know in a comment down below what types of poppies you want to grow in your garden this year. 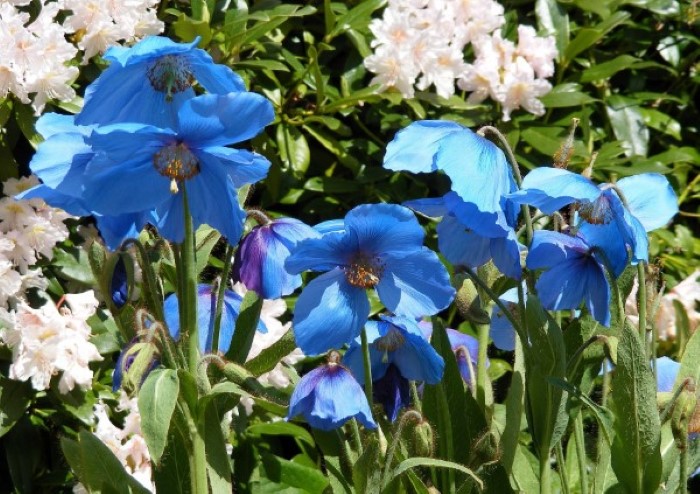 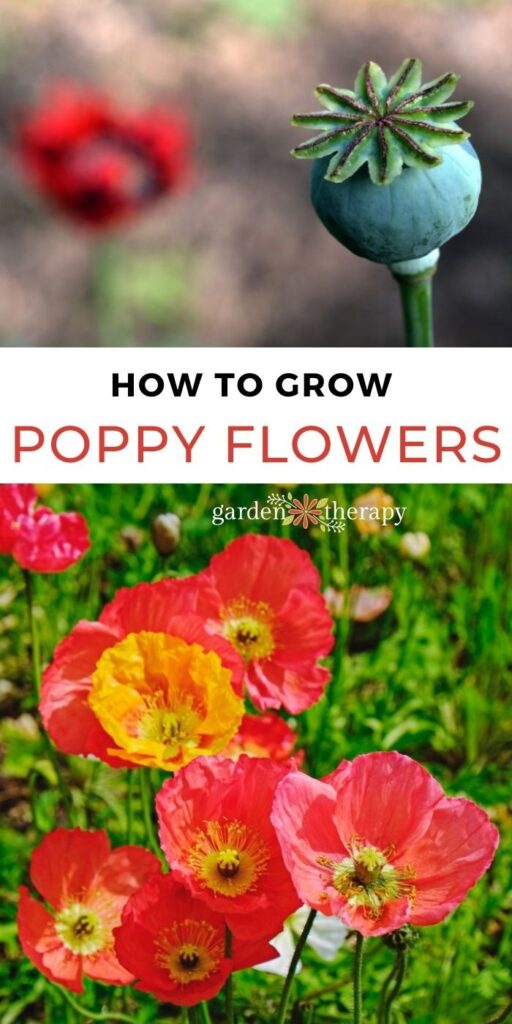